Welcome back to the Awards Radar Podcast. In each episode, Editor Joey Magidson (that’s me!) will be joined by some of the staff of Awards Radar to talk about the latest in film, television, and entertainment in general. The show will obviously have an awards season slant to it, but we won’t forget about other movies and shows, that’s for sure!

For episode number twelve, I was joined once again by staff member Ryan McQuade, while an old pal (pun intended) dropped by. Yes, former colleague and current friend Mark Johnson popped in this time around. Formerly of Awards Circuit and now at Awards Daily, Mark was kind enough to make it a mini Circuit Breaker reunion. We got in some sports talk, as we’re all big football fans, though we obviously got down to movies, too. Christopher Nolan‘s Tenet was a subject, as were a few of the Oscar categories. To be sure, we hit a bit of everything, from Academy Award chatter, all the way to Cleveland Browns history.

Readers, we’re a dozen strong now. Enjoy this twelfth episode of the Awards Radar Podcast! Plus, feel free to revisit the previous installments by clicking the Podcast tab on the top of the page. More to come each week! 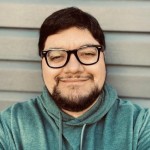