In Euphoria Season Two, Episode One, “Trying to Get to Heaven Before They Close the Door,” directed and written by creator Sam Levinson centers around relapsed Rue Bennett (Zendaya) getting way over her head during a drug buy and a high school party. Rue hangs out with drug dealers Fezco (Angus Cloud) and his adopted little brother Ashtray (Javon Walton) during New Year’s Eve. During the buy, Rue finds herself in mortal danger and forced to strip naked during the drug buy showing that she is in a hopeless state of mind. She doesn’t care if she lives or dies. Rue’s narration during a flashback explains how their drug dealing Grandmother Marie O’Neill (Katherine Narducci) influenced Fezco’s outlook on life.

Rue and Jules Vaughn (Hunter Schafer) struggle with their anxieties and insecurities but are drawn back together during a New Year’s Eve party.

While drunk, Cassie Howard (Sydney Sweeney) sleeps with her best friend Maddy Perez’s (Alexa Demie) ex-boyfriend Nate Jacobs (Jacob Elordi), derailing any emotional progress she may have made. In addition, Nate feels possessive of Cassie the minute they sleep together, possibly creating more problems in the future.

Cinematographer Marcell Rev speaks about how he created a different tone for Euphoria Season Two by using a film camera and designing all the scenes to appear like a memory. The scenes that flaunt this dream-like quality the most are between Rue and Jules.

Everything turns black around Rue whenever she spots Jules from a distance. Rue focuses entirely on Jules, making it seem like everything else disappears. The episode doesn’t try to be realistic, instead of capturing how Rue’s love for Jules absorbs her.

Jules moves over to the backyard when her friend Kat Hernandez (Barbie Ferreira) starts flirting with Ethan Lewis (Austin Abrams). She spots Rue hanging out in front of a bonfire. Rue glows. She sits still, standing out because everybody else is moving. Then there is a cut back to a close-up shot of Jules, who looks stricken. Her face glows, contrasting with how all her classmates are shrouded in darkness.

Rue and Jules chat in front of the bonfire. The conversation is captured with close-up reverse shots that allow the characters to hide their painful emotions. Their dialogue reveals how well they know each other. Jules calls Rue out on the fact that she relapsed. She doesn’t allow her ex-lover to evade answering questions about her drug use. Rue makes Jules guilty by explaining she relapsed after she left her at the train station.

The two teenagers are on opposite sides of the living room. Suddenly they are in front of each other.

Rue apologizes to Jules for making her feel guilty. All the shots are extreme close-ups of their faces. Sometimes Jules and Rue’s faces are in complete darkness. Other times you can see every facial movement. The instrumental soundtrack music sounds psychedelic. Rue tells Jules that she wants to be with her.

Everything in the frame goes dark, then the close-up shot slightly lightens. The two teenage girls are shrouded in darkness while resting their heads together. Rue and Jules make out to this now almost heavenly music. It’s almost like older Rue reconstructs her memory of when she confessed her love to Jules. How happy can this couple stay together when Rue continues to take drugs or rests her whole sobriety on Jules’ head?

“Trying to Get to Heaven Before They Close the Door” begins with Rue telling the audience that Fezco’s grandmother is a gangster. Marie is a tattooed stylish drug dealer who influences Frezco’s value system. After his father beats him, she unofficially adopts young Fezco (Mason Shea Joyce). She makes him her business partner even though he is just a child. She teaches him how to pack cocaine, “drug” mathematics and that violence can sometimes be the only solution.

Throughout this episode, Frezsco repeats many of his grandmother’s sayings and arguments. While bathing baby Ashtray, Marie justifies selling drugs to young Fezco. Her nephew Carl has diabetes because he ate too many McDonalds burgers. Marie doesn’t blame Mcdonald’s for Carl developing diabetes because nobody forced him to eat fast food for every meal. Likewise, she doesn’t force her clients to take drugs.

Fezco repeats the same story to Rue’s childhood best friend, Lexi Howard (Maude Apatow), to argue that God will let him into heaven even if he sells drugs. Lexi points out if she were God, she wouldn’t let McDonald’s’ CEO into heaven. This argument makes Fezco question his grandmother’s logic. Fezco feels drawn to Lexi because she knows all sorts of exciting facts that push him out of his comfort zone.

Sweet Fezco tries to protect Rue from herself and doesn’t hurt anybody onscreen. How many drug dealers try to stop their clients from buying their supply? He cleans up Ashtray’s messes when he kills other gangsters. Rue narrates that Marie taught Frezco that violence is the only solution for some problems. Fezco sees Nate as one such problem because he messed with his business, Rue, and Jules.

The episode builds up to Frezco beating Nate to a pulp. During the party, he watches the abusive jock from a distance. Fezco asks Ashtray to pull up the car and be ready for a quick escape. The gangster says goodbye to Lexi and gets her number before he does anything explosive.

Fezco pretends to make up with Nate by offering him a drink. Instead, he viciously hits Nate over the head with a liquor bottle. Fezco repeatedly beats on him until Chris McKay (Algee Smith) pulls him off. The gangster may be sweet, but his violent streak comes out when anybody messes with his family. Marie repeatedly told Fezco that compassionate people are taking advantage of, which makes violence the only solution for those who mess with you.

How will Nate react to Fezco’s beating? Can Rue and Jules last as a couple with all their trauma? Let us know your thoughts in the comments below. 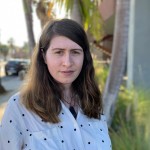