Out of all the categories at the Emmys this year, perhaps none are more exciting than the ones in the Limited Series categories. This year the category was absolutely stacked with amazing shows that blew up the internet over and over and over again. From The Queen’s Gambit in the fall, to WandaVision at the top of the new year, to Mare of Easttown this spring, folks online were going crazy talking about the stories being shared and constantly hungry for more. Mare of Easttown infamously crashed HBO Max’s site the night the finale premiered due to too much traffic. These series don’t even include the other masterpiece show I May Destroy You, and the epic The Underground Railroad headed by none other than Academy Award Winner Barry Jenkins. Oh yeah, and then there’s the smash hit stage recording of Hamilton.

Receiving 12 nominations, Hamilton’s most stacked category lies in Outstanding Actor in a Supporting Role in a Limited or Anthology Series or Movie, taking up half the category with three total nominations from its cast members. It’s understandable why one would assume one of the Hamilton men is most likely to win this, the odds are in their favor. But just like any other Limited Series category, this race is a tight one. Here’s where I think the nominees stand from most to least likely to win.

Underestimate The Queen’s Gambit at your own peril. After debuting on Netflix almost a year ago, many think that the show has become forgotten and stale. However, the chess giant still managed to gain a whopping 18 nominations, second in the Limited Series category only behind WandaVision (which has no nominations in this category). The assumption was that out of the supporting actors to get nominated for this show it would go to Bill Camp, who plays the chess prodigy’s quiet janitor and eventual instructor, but it was Thomas Brodie Sangster who came out with the nomination. He’s an integral part to the series, and a true supporting performance to Anya Taylor-Joy. If voters have watched the entire series, and it seems clear that they have, Brodie-Sangster is an easy vote not only for the talent that he brings to the role, but for the additional depth he provides to the series as a whole. He’s definitely a sleeper candidate, and could easily surprise the win come awards night.

After winning the Tony for the same role in 2016, it’s easy to see why Daveed Diggs has been nominated once again for this role. Hamilton took over pop culture by storm, and different awards groups can’t seem to help themselves from continuously rewarding it wherever they can. Daveed Diggs easily delivers one of the best performances in the show, and he’s an easy box to check off when nominating. In a stacked category like this one, Diggs could find himself in the winning position if voters just want to show Hamilton some love. However, going up against Peters is going to be tough for him, and I personally believe voters will show the musical love in other categories.

Paapa Essiedu, Kwame / I May Destroy You / HBO Max

Episode: “That Was Fun”

I May Destroy You received a lot of attention earlier this year when it was completely overlooked at the Golden Globe awards and instead Emily in Paris was nominated. Thankfully, the Emmys have rectified that mistake with a total of nine nominations for the Limited Series that’s written by up and coming Michaela Coel. It still sits behind Hamilton’s 12 nominations, but I May Destroy You received nominations across the board, when the musical giant mostly only received acting nominations. Coel is truly at the center of this series, so it bodes well that Paapa Essiedu was able to snag a nomination as well for the show. He definitely holds his own against Coel’s bold and sometimes unlikeable character, but like Brodie-Sangster, his performance only enhances the series. Were I May Destroy You a bigger hit similar to The Queen’s Gambit, Essiedu would hold a much stronger chance at winning this award. But as of right now, the competition looks a little bit too tight to tell, and he’s holding up well among his other nominees for a chance at walking away with the gold.

Our second of the three Hamilton men sits closer to the bottom of this list, but only due to shock of the sheer amount of nominations the musical received. It was entirely unexpected for the stage recording to pull off as many acting nominations as it did, but entirely unsurprisingly considering the amount of Tony nominations it also received. Of those, Jonathan Groff is among them, having also been nominated for this role in 2016. He’s a fun highlight to the show, and he’s amazing in everything he takes on, from stage to television to the big screen. Voters love him and want to show him that love, but I doubt that will translate to win for him as well.

After his breakthrough role in the first season of American Horror Story in 2011, it’s hard to believe that this is Evan Peter’s first Emmy nomination. Known for his intense commitment to the series, appearing in 9 out of the show’s 10 seasons, his nomination alone already feels overdue. Each role he dons in every new AHS season is uniquely different, and his career in both television and film has proved he’s an incredibly versatile actor, even appearing in two of the nominated Limited Series this year along (WandaVision and Mare of Easttown, for which he’s nominated for the latter).

Needless to say, Evan Peters is someone the television academy has been watching for a long time. They’re used to him pulling out extreme and intense performances from his repeated showings in the horror anthology, but in Mare he delivers a completely different angle from what he’s done before. Grounded and very realistic, he shows off his acting chops once again in ways typical viewers of his weren’t expecting, and he had one of the most buzzed about moments of television this year from his role.

From a long overdue nomination, it’s easy to lump a win in there as well. Voters will want to reward him for the work that he’s put in over the past 10 years, and they’ll happily crown him for taking a role and doing work that’s unexpected from him, such as this one.

Of those least likely to win the award, Anthony Ramos sits most comfortably on the bottom of the list. Not to say he doesn’t deliver a fantastic performance, but his nomination alone was a surprise. Of the Hamilton acting nominations, his is the only one that didn’t also receive a Tony nomination. This feels more like a career spotlight for him, as if the voters are saying “we liked you in In The Heights and want to just show you a little bit of love”. He’s already pretty drowned out by his fellow musical actors in the category alone, it’d be hard to see him walking away with the win. 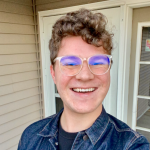