It’s stressful making one’s second film. The pressure is only heightened when the first was a sleeper hit. In 2018, Searching grossed $75 million worldwide off a budget that was less than $1 million dollars. Director Aneesh Chaganty won rave reviews for crafting a thriller that took place entirely on different digital screens, be it a computer, phone or security footage. For his second feature, Run (which premieres on Hulu on Friday, November 20th), Chaganty settled on a more straightforward approach. In an interview with Awards Radar, Chaganty described wanting to prove he could make a traditional movie. To do so, he drew on influences from some of his favorite filmmakers, such as Alfred Hichcock and M. Night Shyamalan. 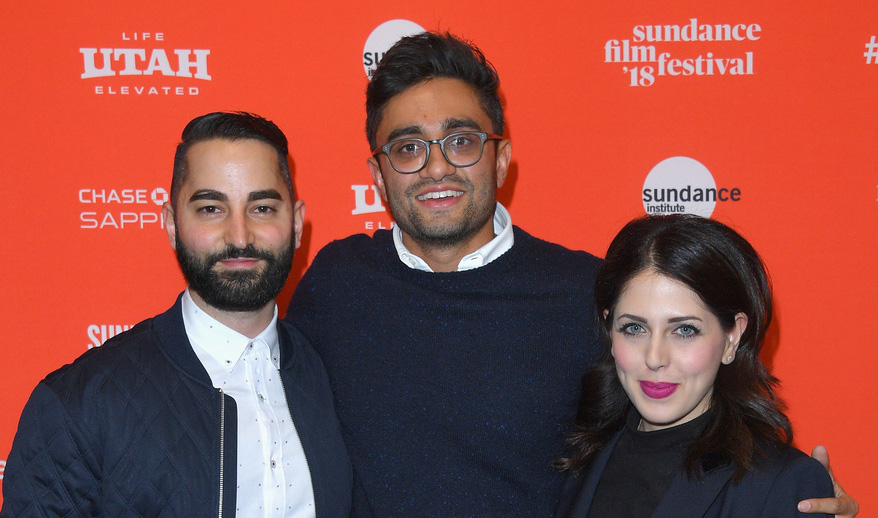 (from left to right) Writer/Producer Sev Ohanian, Writer/Director Aneesh Chaganty and Producer Natalie Qasabian at a Sundance event for Searching in 2018.

At its essence, Run is a twisted mother-daughter story. Diane (Sarah Paulson) only wants to take care of her daughter, Chloe (Kiera Allen) who uses a wheelchair due to multiple ailments she was born with. As she prepares to leave for college, it becomes clear to Chloe that her mother doesn’t want her to leave home. As she starts to pay closer attention, Chloe suspects that Diane may be hiding some things from her.

The twists and turns are plenty in this efficient thriller. In advance of the film’s release on Hulu this Friday, writer/director Aneesh Chaganty and producer Natalie Qasabian were kind enough to sit down with Awards Radar to discuss Run. Qasabian had previously worked with Chaganty before on Searching and had also produced films such as All About Nina (a favorite of editor Joey Magidson’s) and Duck Butter. Listen to the interview below:

Thank you once again to Aneesh Chaganty and Natalie Qasabian for talking to Awards Radar. We really appreciate it.