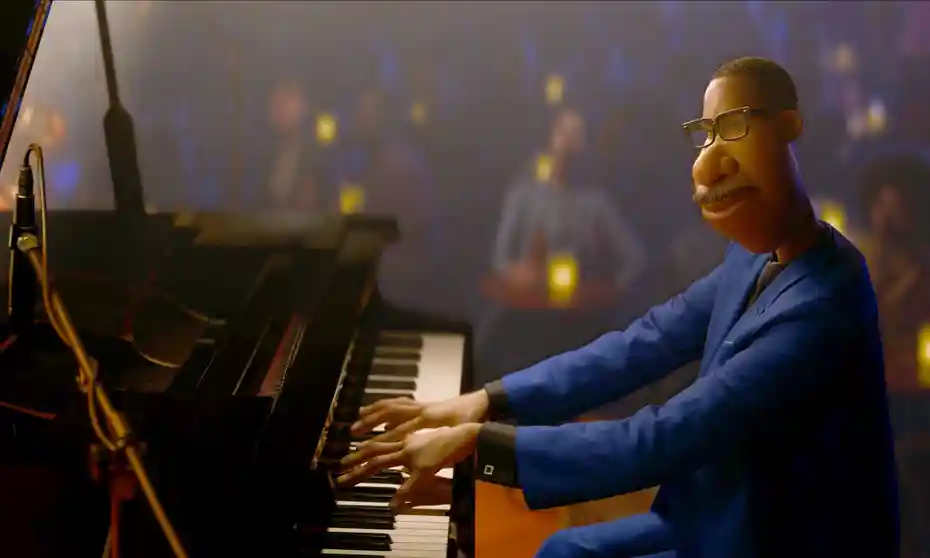 The list of 136 eligible scores was whittled down to fifteen finalists on February 9th. This is only the third year that the Oscars have provided a shortlist for Best Original Score. Still, the past two years provide us with some insight on what may be chosen by the music branch.

See below for the 15 films vying for the five slots in Best Original Score:

The five nominees from these 15 will be chosen on Monday, March 15th, as voted on by members of the Music Branch of the Academy.

We looked at the Original Score shortlists from the past two years to find if there are any insights that could help in predicting. With so few years compared to Visual Effects and Makeup & Hairstyling, the trends are less obvious and more volatile. Anything goes!

Do Other Nominations Help In Securing an Original Score Nomination? 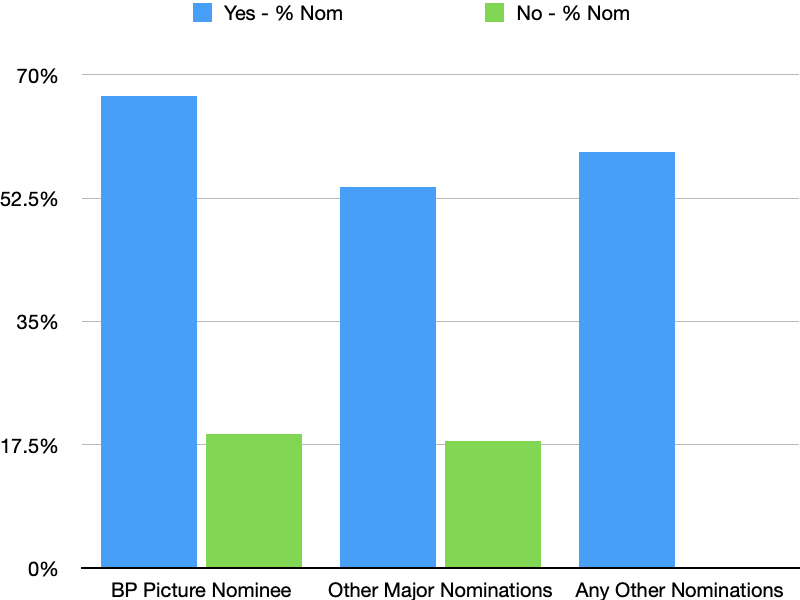 In short, you need to be a contender in other categories to make it from the shortlist to the nominee list. Best Picture nominees have the greatest chance for success (67%), but there are some that still get snubbed (Ford v Ferrari, Jojo Rabbit, Vice). Of the fifteen nominated films, six are in the Best Picture hunt (Da 5 Bloods, Mank, Minari, News of the World, Soul, The Trial of the Chicago 7). Of these six, four will likely end up in the category.

So who will get that final spot? The more apt question would be who will NOT get the final spot. While this is a small sample size (2 years), all of the movies that made it to the Original Score shortlist, but did not receive other nominations, did not end up with an Original Score nomination. If this statistic holds this year, this means the following films will likely not earn a nomination: Ammonite, Blizzard of Souls, The Invisible Man.

Movies that showed up in other craft categories, such as Mary Poppins Returns and Star Wars: The Rise of Skywalker, can end up in the category. In both those cases, they were high profile Disney movies where sound was an integral component to the film. This could be a positive sign for Mulan specifically. However, this also helps other favorites of the shortlists like Jingle Jangle: A Christmas Journey, The Life Ahead, The Little Things, The Midnight Sky and Tenet. What Type Of Films Go From The Shortlist to a Nomination? 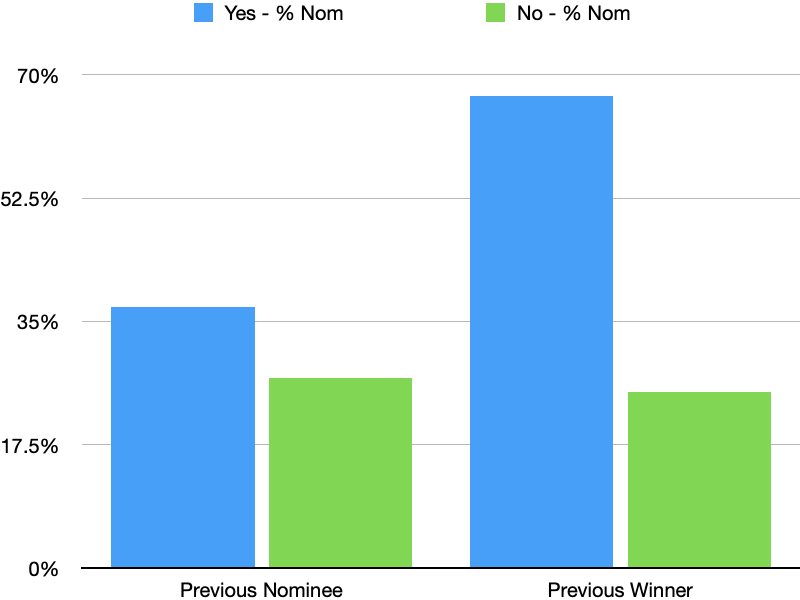 It’s no secret that the Oscars love people within their own “club.” Once a composer makes it onto the Academy’s radar, they have a step up on the competition as they have name recognition. Those with previous Original Score nominations have a greater shot at a nomination than composers seeking their first nomination (37% vs. 27% chance). However, that gap significantly widens when one looks at previous winners (67% vs. 25% chance). We should expect one or two first time nominees this year. However, first time nominees only made it from the shortlist to the longlist when they were for Best Picture nominees (Hildur Guðnadóttir for Joker, Ludwig Göransson for Black Panther and Terence Blanchard for Blackkklansman). There are five shortlisted composers who have not been nominated for an Oscar prior to this year. Two of them are from likely Best Picture nominees (Daniel Pemberton – The Trial of the Chicago 7 and Emile Mossari – Minari). One or both of these could join the Oscar nominee club. Meanwhile, the following may be out of the running: Blizzard of Souls, The Invisible Man, Mulan.

Now let’s take an opposite look at the statistic. Of the four non-Best Picture nominees of the past two years, all of them were from previously nominated composers. This includes favorites like John Williams (Star Wars: The Rise of Skywalker), Alexandre Desplat (Isle of Dogs) and Marc Shaiman (Mary Poppins Returns) as well as rising stars like Nicholas Brittel (If Beale Street Could Talk). If voters feel like going with Desplat again, The Midnight Sky has already had an impressive precursor haul, with nominations from Critics Choice and Golden Globes. Similarly, the Oscars love to nominate Thomas Newman (but not give him the win). Will they do it again with The Little Things? Ludwig Göransson could also ride the momentum from his recent win to earn a second nomination for Tenet. It has been a while since Gabriel Yared (The Life Ahead) and John Debney (Jingle Jangle: A Christmas Journey) were nominated, so they might not have the momentum to earn a nomination.

While the Oscars will often fall in love with the same composers, they don’t often double nominate. Trent Reznor and Atticus Ross could potentially take up two slots for their work on Soul and Mank. The previous Oscar winners have not been nominated since they won for The Social Network in 2010, despite heralded work for The Girl with the Dragon Tattoo and Gone Girl. Since 2000, only John Williams and Alexandre Desplat have earned dual nominations in the same year for Best Original Score. In both cases, they were well into their Oscar haul. Perhaps the music branch is not as in love with Reznor and Ross as the precursors are. Soul is a likely lock, as Pixar movies do well here and it has swept the precursors. Perhaps Mank is a potential snub waiting to happen.

See below for examples of dual nominees in Best Original Score:

So What Will Get Nominated For Best Original Score This Year?

What do you think will be nominated for Best Original Score? Let us know in the comments below.

[…] Original Score, this is only the third year this category has had shortlists. Thus, we have less data to look at […]