Previous Next
Courtesy of HBO 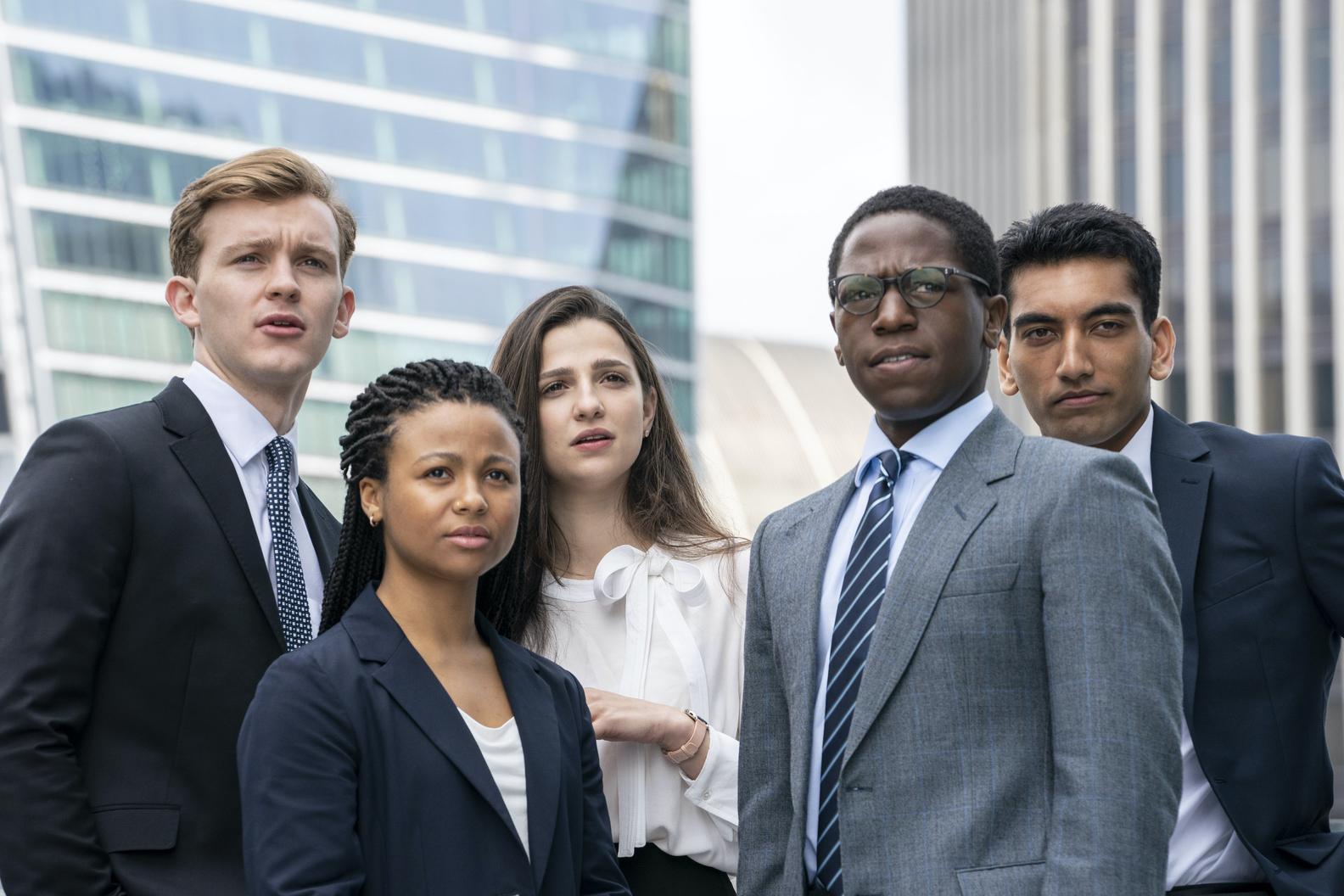 There’s nothing like your first client dinner as a young entry level worker. Even though you’re making meager pay, you get to be wined and dined with higher up professionals. You use wine and conversation to keep the imposter syndrome at bay. Meanwhile, you’re also expected to be in work-mode. The task at hand is to close deals, make connections and further your career. HBO’s latest “young people partying hard” series, Industry captures these feelings and more perfectly well. None of the characters could individually support a TV show. It’s hard to get invested in most of the plots. Yet, Industry is greater than the sum of its parts thanks to its uncanny ability to capture the rush and confusion of a young person getting their first taste of corporate life.

A BBC export, Industry takes place in London’s financial center at a prestigious investment bank named Pierpoint & Co. A group of young graduates have earned coveted spots at the bank and are expected immediately to justify the firm’s investment in their talent. Between casual harassment, racism, sexism and homophobia, this young group oscillates between menial assistant duties for their bosses and pitching financial opportunities for the firm’s clients. Most of this sounds like “business, business, business, numbers, numbers, numbers,” in the words of The Lego Movie. Still, all work and no play would make these twentysomethings dull. That’s why they spend their remaining bits of free time screwing like rabbits, snorting or ingesting any substance they come into contact with and stirring up workplace drama. The adrenaline doesn’t stop whether they’re trading stocks or swapping spit. 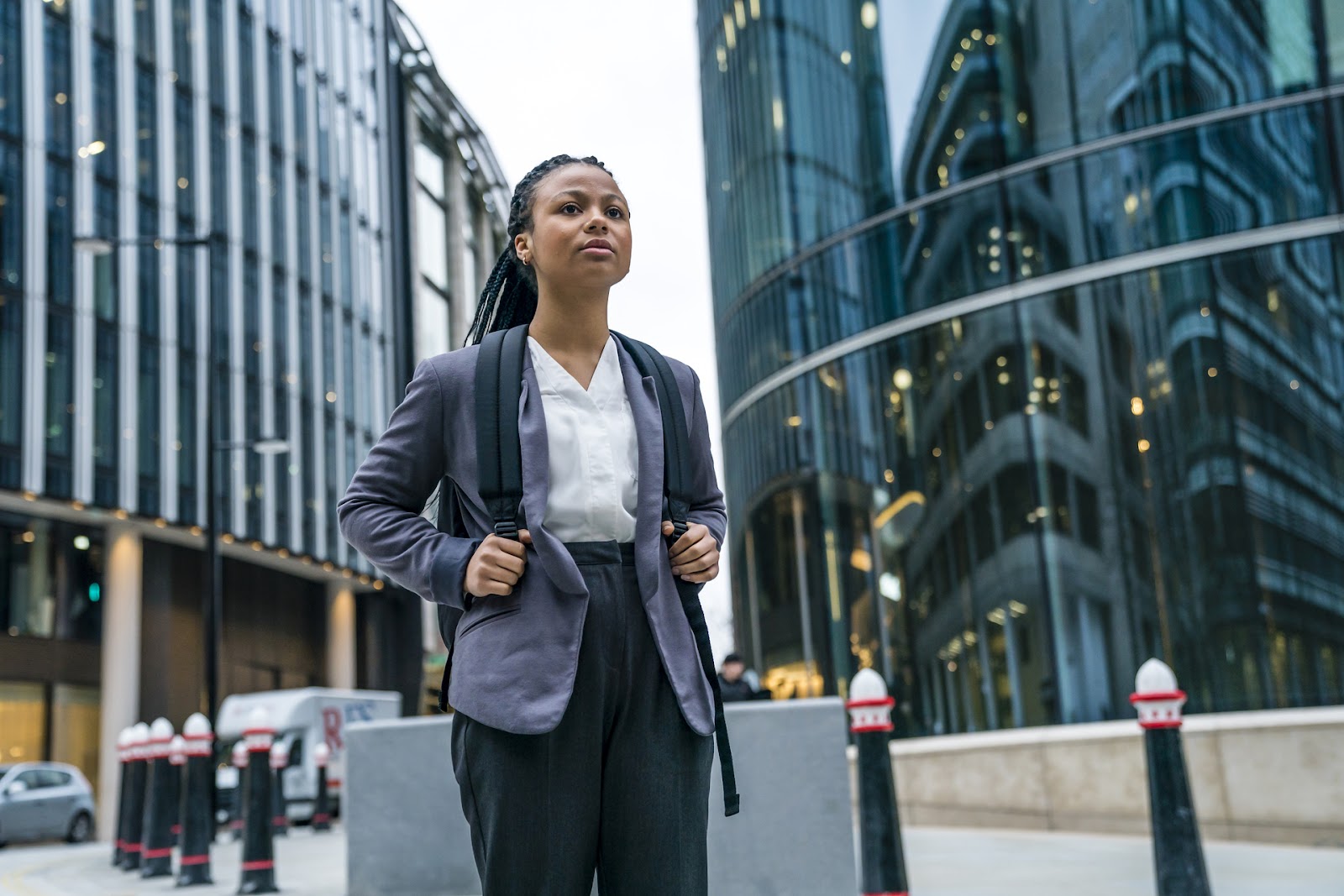 To the extent that we have an entry point, we’re introduced to this world through Harper (Myha’la Herrold). The lone American and sole black woman of the group, Harper finds herself to be an outsider in the group for many reasons. Her boss, Eric (Ken Leung), sees Harper’s potential. However, he rewards her with more responsibility, more vitriol and more pressure all in the name of pushing her to greatness. Meanwhile, Harper told a few white lies on her resume to cover up for the fact that she did not attend a prestigious university like the rest of her cohorts. Herrold does a fine job of illustrating Harper’s ingenuity and drive. She also digs into Harper’s pitfalls. She makes big bets on herself, which don’t often pan out. This makes her a more interesting, flawed protagonist, rather than a “manic pixie dream trader.”

The rest of the fresh crop of employees, everyone holds their own but no one really excites individually. Other than Harper, the strongest subplot gets the least amount of time in the first four episodes. Whiz kid overachiever Hari Dhar (Nabhaan Rizwan) makes it his mission to stay later than the other employees. His hope is upper management will see his dedication and reward his diligence quicker than his colleagues. Unfortunately, his ambition gets the better of him as he ends up sleeping at work and abusing various pills to keep him working. Hari represents the darkest version of how starting one’s career in a toxic work culture can push a person to their absolute limits. 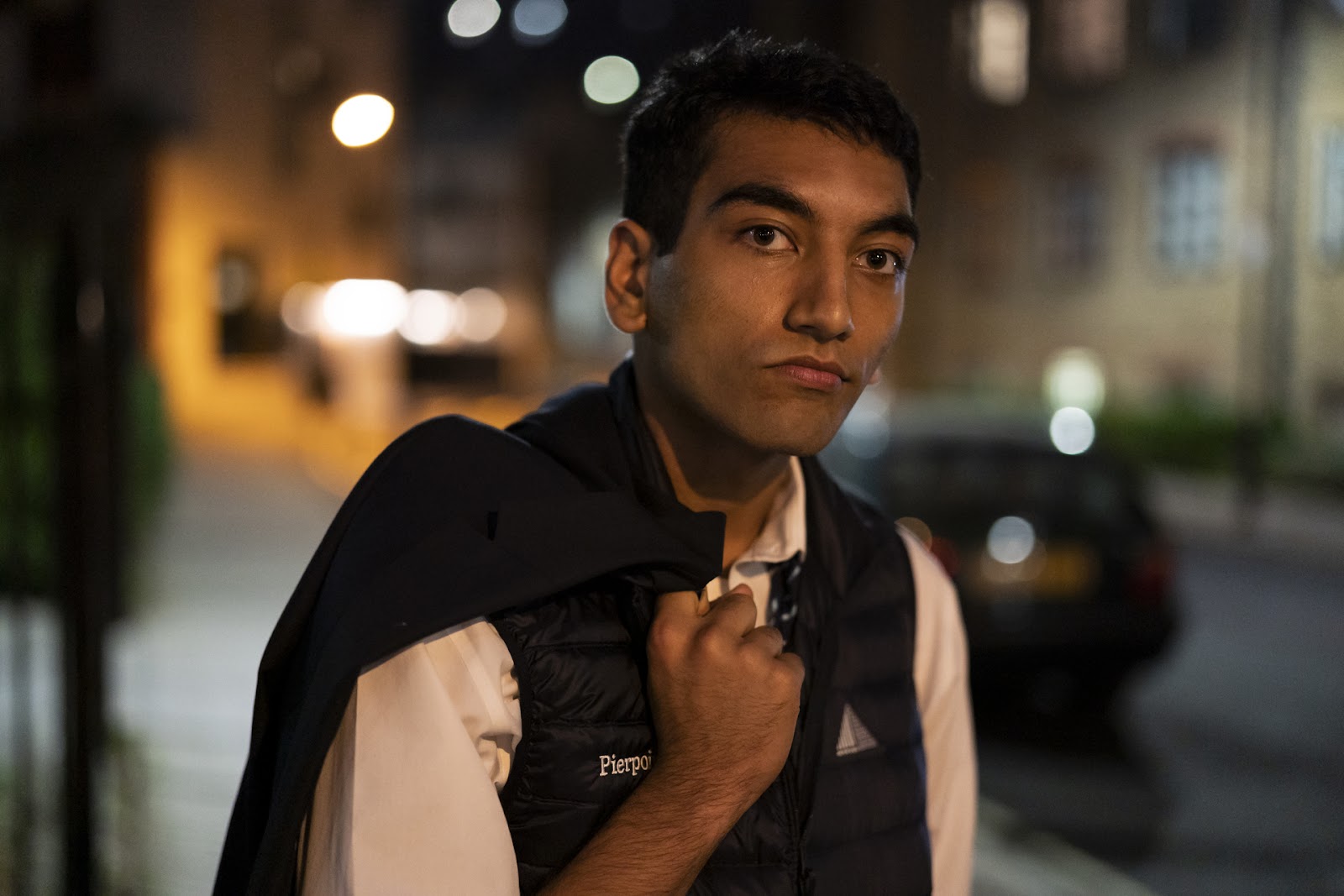 How much do you have to know about the financial world? That’s a tough question. You definitely need to be well versed to understand what’s going on, plot-wise. There are many scenes of people screaming financial terms at each other in thick British/Irish/Scottish accents. However, you very much don’t need to know anything about finance to enjoy Industry. The business talk is meant to just convey how high stakes the job is and how loud the bosses are. It’s almost as if the workplace scenes are just meant to serve as reprieves from the sex-filled nights, complete with copious amounts of drugs and alcohol. The jargon is as loud and indecipherable as the drama.

This level of confusion isn’t necessarily a bad thing. Industry works because of the rush and feelings it conjures up, less about the beat by beat details of any episode. There are loose plots for each episode. Perhaps the most put together and comprehensible episode follows Harper as she tries to cover up a grave trading error that could get her fired. Yet, the show mainly succeeds on how well it can replicate the emotions, anxieties and hormones of being under-paid, overworked and consistently inebriated during one’s first job after college. On that front, Industry passes with flying colors. Especially in COVID times, there’s something cathartic about being taken away by the decidedly pre-pandemic debauchery. Every inch of this show is filled with droplets.

At first glance, Lena Dunham feels like an odd choice to direct the pilot. Girls was a defining cultural landmark of millennial culture. However, it was more of an exploration of millennials who feel lost trying to find their place in the world. Dunham and crew don’t necessarily make Pierpoint & Co feel particularly distinct from other workplaces. However, where Dunham succeeds is staging and dramatizing anxious twentysomethings fighting for professional crumbs and personal triumphs. At the end of the day, I’d rather have the show nail those truths for the characters than further explain to me how currency rates affect investment firms.

Industry airs Mondays on HBO and is available on HBO MAX.