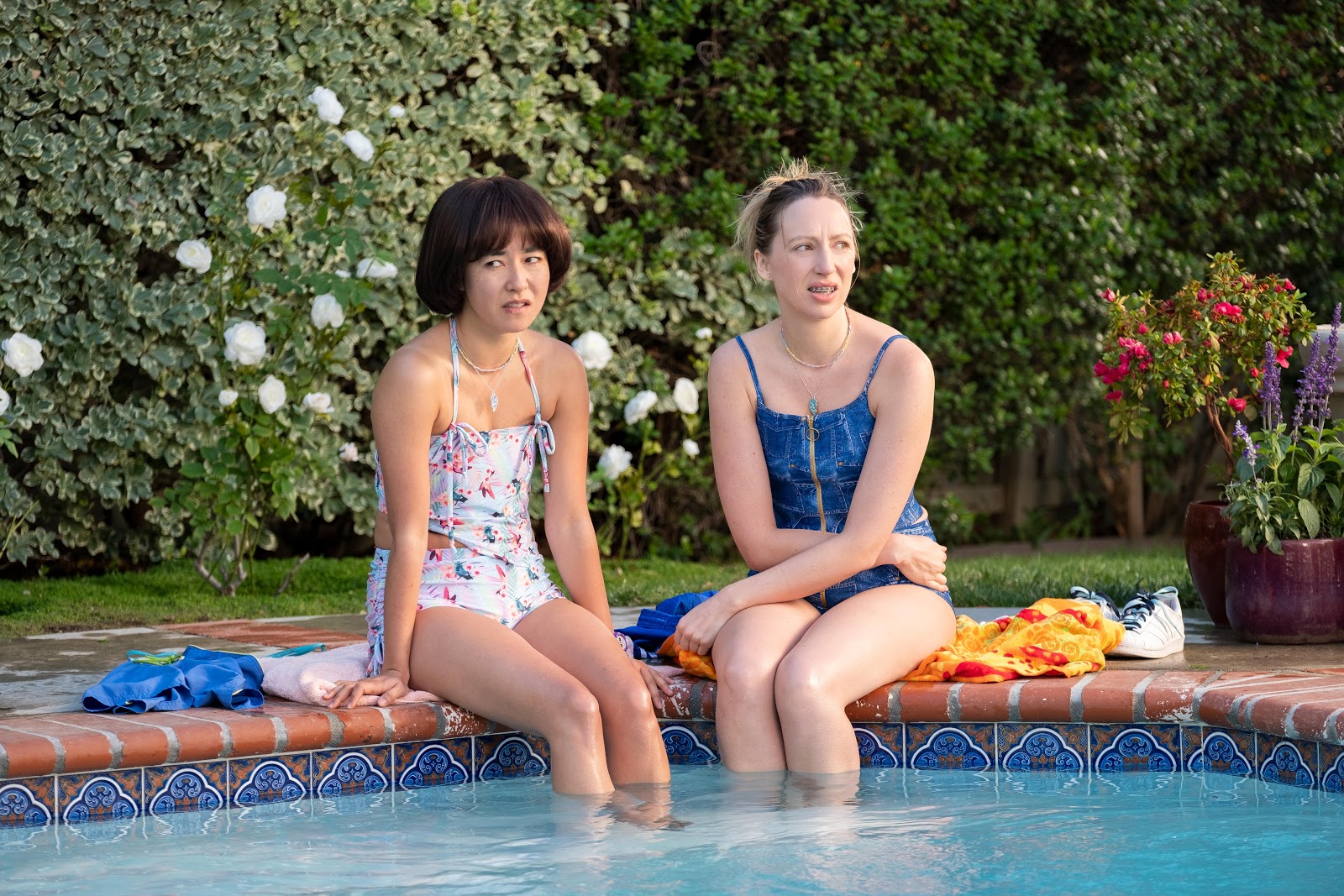 Middle school may have only gotten worse, but Pen15 continues to get better. The seven-episode second season doubles down on cringe, but it makes viewers squirm out of relatability. Creators Maya Erskine, Anna Konkle and Sam Zvibleman have managed to generate empathy from the lowest moments of middle school. Our central duo must navigate bullies, boys, pool parties, periods and the deep chasm that separates actors and crew members of a play. Against all odds, Maya (Maya Erskine) and Anna (Anna Konkle) are always able to find their way back to each other.

Everything about Pen15’s gimmick shouldn’t work. Konkle and Erskine are 30-something actors who sport Justice clothes, braces and bowl cuts of yesteryear to play middle school outsiders in a sea of actual middle schoolers. At first glance their advanced age compared to their scene partners is a decision made to heighten the comedy of petty drama, but it does the opposite. Konkle and Erskine’s ability to access the unique pain and insecurity of preteens is the show’s strength. They project their character’s emotions to the back of the room with almost operatic force. The frequent close-ups of their characters at their most vulnerable reinforces this. To be a pre-teen is to feel every emotion and every faux pas with the severity of 1,000 knives to the heart. If there were any justice, both actresses would be frontrunners for any lead actress comedy awards.

Konkle and Erskine’s interest expands outside of their characters this season. One wouldn’t expect to see one of the most visceral on-screen villains in a show about middle schoolers, but Ashlee Grubbs unearths the most repressed adolescent trauma with Maura, a bully that would make Regina George and the rest of the plastics quiver. Armed with ring pops and the game of truth-or-dare, Maura is the parasite of friendships; she inserts herself into Maya and Anna’s friendship seemingly to be part of a trio, only to alienate and divide them with skill and ease by prying on their deepest insecurities while deflecting her own. It’s clear Maura is a neglected only child striving for control and love at all costs.

Yet, Maura isn’t the greatest threat to Maya and Anna’s friendship; theatre is. The sixth episode, “Play,” presents our dynamic duo with one of their greatest challenges as Maya gets the lead in the school play, while Anna is left to join the crew. While on crew, Anna’s type-A personality allows her to excel into the position of stage manager, a role she fully dedicates herself to.

Meanwhile, Maya is cast in a hilariously overcooked original marital drama written by her drama teacher, a wannabe Edward Albee. The high pitched theatrics becomes the perfect place for Maya and her co-star Gabe (Dylan Gage) to channel their frustrations. Gabe feels shame for his burgeoning gay desires, which he suppresses as he asks Maya to be his girlfriend. Gage gives one of the most nuanced and heartbreaking performances in an already impeccable season of television. “Play” mines drama from known tropes, but finds new depths thanks to an acutely specific script by Erskine.

As hard as middle school can be, Erskine and Konkle expertly demonstrate the unique pliability of preteen friendships. One moment Anna and Maya can be sobbing through hugs as they cast spells, and the next they’re turning on each other during a contentious sleepover. Still, there’s a resilience to their shared experience that keeps them coming back to each other. Contrast that with Anna’s parents (Melora Walters and Taylor Nichols), who are in the midst of a nasty divorce. The events of the aforementioned “Vendy Wiccany” are brought on by Maya sensing Anna needs space away from the extreme verbal abuse happening between her parents. The adult relationships in Pen15 may not stand the stress tests of life, but Maya and Anna’s friendship somehow finds a way.

Pen15 shocked fans and skeptics alike when it received a lone nomination for Outstanding Writing in a Comedy Series for the season one episode “Anna Ishii-Peters.” While Dead to Me, Insecure and What We Do in the Shadows have proven shows can amass Emmy nominations as seasons progress, there’s no reason such an acclaimed sophomore season shouldn’t garner Pen15 the notoriety it deserves.

This season could be enough for it to earn nominations for Outstanding Comedy Series, Outstanding Directing in a Comedy Series and Outstanding Lead Actress in a Comedy Series. Both Grubbs and Gage would make wonderful additions to the supporting categories. Vacancies in the main categories left by Schitt’s Creek and The Good Place, as well as decreased competition because of the lack of filming under COVID, should benefit Pen15.

Season Two of Pen15 is now available for streaming on Hulu.