Times are tough. Between a worldwide pandemic, police brutality, natural disasters, and a contentious election, it takes a lot to keep one sane.

For 30-minutes every Friday, Apple TV+’s new comedy Ted Lasso provides the perfect salve for the 2020 blues. The fish-out-of-water comedy uses positivity in the face of obstacles to soothe and delight, with the mere sight of Jason Sudeikis’ smile and perfectly coiffed mustache resulting in immediate joy and respite. I may have only a few bits of serotonin and sanity left, but they are all held together thanks to Ted Lasso.

So what’s the pitch?

Rebecca (Hannah Waddingham) is going through a traumatic divorce. The only thing she has to show for it is AFC Richmond, her ex-husband’s prized English Premier League team. With no other way to hurt her ex-husband, she hatches a plan to ruin the team he loves. This results in her hiring the worst possible coach she could think of — Ted Lasso (Jason Sudeikis), a gentile American Division II football coach who doesn’t seem to realize English football is American soccer.

It could be so easy for this show to turn mean-spirited, and with just a few adjustments, it could become a tired comedy where an inexperienced American shows the stodgy Brits how it’s done. Luckily, creators Bill Lawrence (from my favorite Cougar Town and Scrubs), Sudeikis, Brendan Hunt and Joe Kelly sidestep this pitfall. Ted Lasso is adorable, but he isn’t perfect.

Episode five gives us a look at his family back in America and illustrates the downsides of marrying a man that positive. Just as Rebecca acts out of anger stemming from her divorce, Lasso avoids areas of his life that would shatter his perpetual smile. He has just as much to learn from his team as they do from him (and not just the rules of soccer).

While the writing does a great job at setting tone, Sudeikis’ skillful performance cements it. His Ted Lasso handles drunken insults from bar patrons and authority challenges within the locker room with the same otherworldly smile. His lack of ego is an antidote to the more hyper-masculine figures we’ve seen dominate TV. While Sudeikis emerges as the MVP of the show, he also does a great job of being a very giving scene partner. His enthusiasm is well-matched by his lovably unresponsive assistant, Coach Beard (Brendan Hunt), who is often a more than willing sounding board. Ted also identifies a wealth of knowledge in Nathan, a soccer loving “kit man” who soon becomes indispensable to the coaching staff. This storyline exemplifies what makes Ted such a strong coach. He sees the individual strengths of the people in his organization and empowers them to feel confident in their skills. 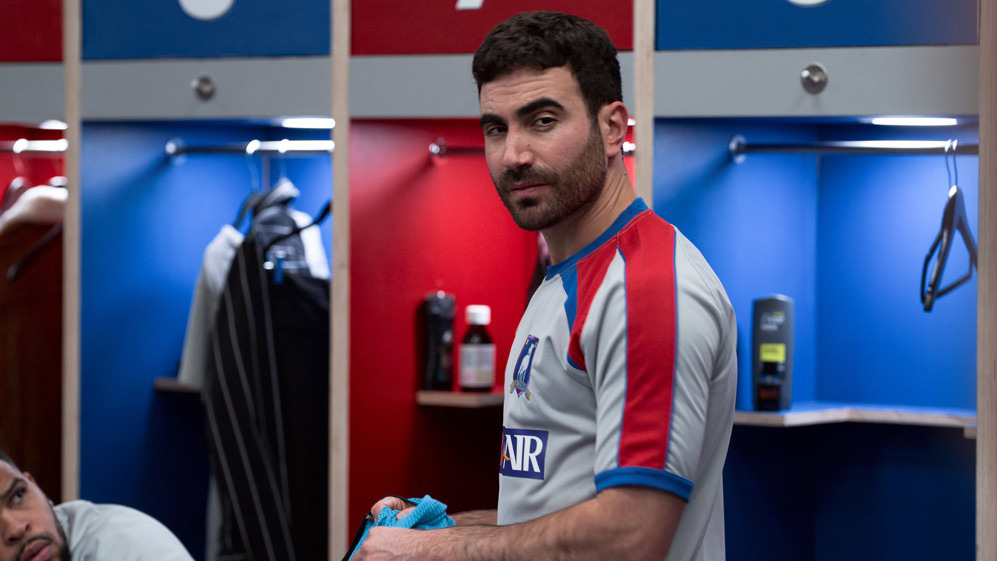 Despite not knowing the rules of the game, Lasso is determined to revitalize the team by changing their defeatist mindset. One of the biggest plagues afflicting the team is the power struggle between the terse former star, Roy Kent (Brett Goldstein), and the young cocky upstart Jamie Tartt (Phil Dunster). Their rivalry eventually infects their normal lives when Jamie’s model girlfriend, Keeley Jones (Juno Temple), starts making eyes at Roy. Goldstein expertly dramatizes Roy’s fears of aging and how that carries into his personal, professional and romantic relationships. On the team he’d rather be a wrench in the machine, instead of a force leading it to cohesion. His anger toward Jamie is actually anger toward his former self, who thought his youth and prowess would never fade. 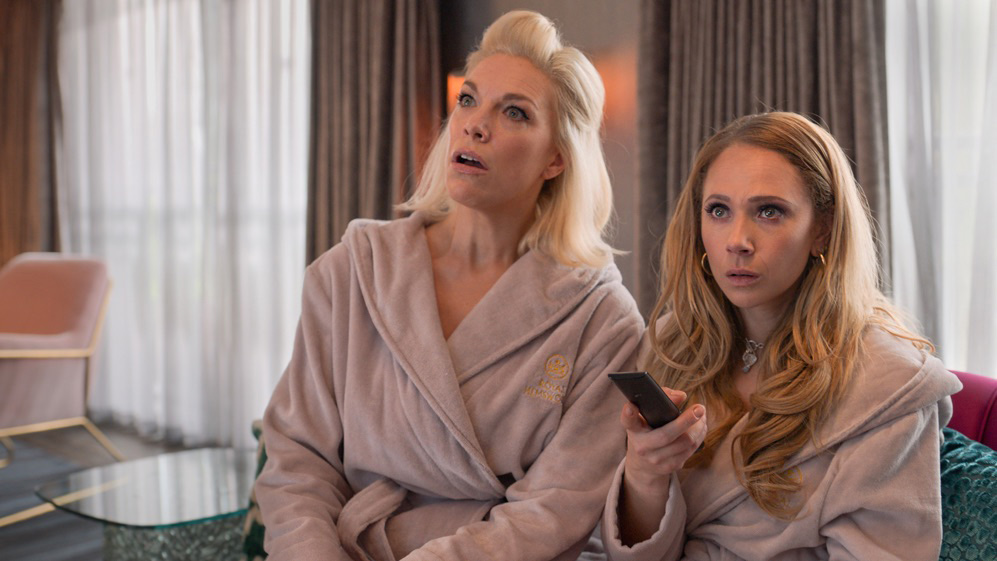 Juno Temple also gets plenty of room to shine as Keeley. A lesser show would’ve made her the “prize” that one of the two star athletes could “win” by the end. Keeley transcends this cliche as she creates her own relationships with the characters outside of the romantic triangle. In hanging around the locker room, she becomes one of Ted’s biggest supporters and a confidant for Rebecca. Temple and Waddingham have a wonderful friendship with chemistry that pays off in Episode Seven when Keeley accompanies Rebecca on a girls weekend. Aside from the requisite fun to be had, Keeley uncovers the warm and generous person that lies behind the tall walls Rebecca puts up.

The season finale of Ted Lasso will be available on Apple TV+ on Oct. 2nd. With only 10 episodes, it would make for an incredibly easy afternoon binge.

Just a bit of advice: Beware. Space out the joy. A little bit of Lasso love can go a long way. Savor it and enjoy moments of comfort exactly when you need it. You won’t be sorry.

Chris, this is a great take and I completely agree. The first episode was fine and seemed like a perfectly standard sitcom, and it just got better after that. I too tried to stretch it out to last as long as possible, and I’m very happy that it will be back for a second season. Sudeikis is fantastic, as are Goldstein and Temple.