If you’re looking for a new horror/thriller film to watch this Halloween season, look no further than one of this year’s Sundance selected films, Coming Home in the Dark, which begins off the bat with ruthless drifters taking a former teacher and his family on a nightmare road-trip. The thrilling feature finally became available to stream this month, and Awards Radar had the privilege of connecting with the sound design team behind it: New Zealand based POW Studios, led by John McKay and Matthew Lambourn. The guys behind POW have been involved in the sound design for many other notable projects including The Lord of the Rings and The Hobbit, as well as Wellington Paranormal and its upcoming fourth season.

Read on for more information about how their sonic work made Coming Home in the Dark the chilling film that it is.

Awards Radar: How did POW get involved with Coming Home in the Dark?

John: POW had worked with one of the producers, Catherine Fitzgerald, on two projects and she approached us before they applied for funding from the New Zealand Film Commission. I found the script a great read. Scripts are usually not that compelling, so I knew this was something special. So we became part of the film from the initial funding stages.

Matthew: I leapt into the project coming straight off another, so hadn’t had time to read the script. I knew from seeing the first assembly that this film was going to make an impact. It was also clear that a careful, sensitive soundtrack would be required to elevate it even further.

AR: From your initial read of the script did you have an idea of how your team would approach the sound design? Did your approach evolve over time?

John: I knew this would be an elemental and atmospheric film. The biggest challenge in some way was that the film was set in the interior of a car for around 40 minutes. Our approach did not really evolve over time. We had enough time to add all the details we needed. The track is designed on a cumulative effect method with nothing designed to have more weight than another.

Matthew: The best approach is a transparent one; I was always showing my works-in-progress to my fellow editors and listening to their material. Consciously or otherwise, this would inform us of how our work would play in the context of each others’. I’ve worked on films where no one knows what anyone else has done until you get to the mix. In my opinion, this just creates more work for the mixer and battles between editors, FX and music departments. It is a credit to Director James Ashcroft that he made himself available to guide the tone and feel of the soundtrack as it was being built, which meant everyone was on the same page come mix time.

AR: The sound design evokes an unnerving and unsettling feeling throughout the film. Were there any moments that took some extra fine-tuning to get right?

John: Not particularly. The main aim was to create a cumulative effect and never let the viewer off the hook as the ride begins. The edit and mix period was not over long so we went with instinct and feel. I find that first impressions of a film are important for a sound designer/mixer to retain so you are always hearing the film from the first view perspective.

Matthew: With limited time and budget, experience and instinct are your friends. James’s direction of the track needing to sound “off-kilter” was our main aspiration: the unsettling, out-of-place winds, the dreamy tonal shifts between the claustrophobic interior and unattainable exterior ambience of the car journey; and the mundane, humdrum sounds juxtaposed to the shocking ones.

AR: What was your process of building tension through sound?

John: Detail and not the obvious jump scare aesthetic prevalent in this genre of film. The tension comes from you not knowing what was going to happen next. There is very little sign posting of dread or impending doom. The music is sparse and very unscore-like so you are not fed the usual emotion through the score which leaves the viewer without any comfort creating an unsettling feeling.

Matthew: A very sporadic music score left plenty of room for us to shape our design. This meant that sound design material we used for portrayal of the characters’ psychological states were almost indistinguishable from music at times, performing a similar function. There’s nothing worse than when music and sound FX seem to be competing for attention – that can turn something exciting into just a big, loud mess which is exhausting for the audience.

AR: With such distinct and intentional sound design, was it challenging to oversee every sonic aspect, from the whistling wind to muffled violence? How big was your team?

John: I wouldn’t say a challenge. Films like Coming Home In the Dark don’t come along everyday, so I saw it more as a great opportunity to embrace detailed sonic storytelling. This was a film to relish from a sonic point of view, but after months away from it and seeing it more from an audience perspective I didn’t realise that we had created something quite harrowing. I found it a tough watch myself at the premiere.

The whole POW Studios team worked on the film, and we pride ourselves on a team approach at POW Studios. Everyone plays to their strengths and contributes. Callum Scott, Yong-Le Chong and George Palmer have been with us for over 5 years and have absorbed the collective knowledge and approach of POW Studios Principals, Jason Canovas, Matthew and myself. We also had fabulous support from our assistants, Shayne Ragg, Nakhia and intern Yi Li. I have to say at this stage of my career watching the development and growth of younger people is very rewarding.

Matthew: I’m not sure what the perception is of NZ from the outside – I used to suspect it was happy Hobbits in their mountainous paradise. But everyone who lives here is acutely aware of the danger in the NZ landscape. People go missing every year. We have a very dark and shameful history from colonisation to family violence. This sense is a running thread throughout NZ film, and a source heavily tapped for this film. To actually examine the demons we all have and keep them in mind as we work, influences the soundtrack. It’s no accident that the audience continually has a creeping feeling of dread, even when nothing necessarily suspicious is occurring on screen. That feeling is baked into all aspects of the soundtrack, sometimes subtly and sometimes overtly.

AR: Do you each have a favorite sonic moment from the film?

John: I was quite pleased with making the nastiest gunshot I have ever done. The shots come as quite a shock to the audience so we were after maximum impact. The intention was to make the gunshots really shriek in torment, and I think we achieved that.

Matthew: Mine is the ambience work done by Callum Scott, and some of the car design work by Nakhia. It’s creepy and unsettling, but you can’t quite pinpoint why. Attention is drawn to seemingly pointless areas – a flapping paper, a creaking car door, a passing fence post – that only reinforce the horror which unfolds.

AR: Looking forward to hearing more from POW in the future! Do you have any upcoming projects that you can share?

John: At POW we are currently completing our second film, “I Am What I Am” for Yi Animation of Guangzhou, China. The challenges of working with China have increased due to the pandemic. We are completing all our work remotely but having done a film before with director Haipeng Sun there are good levels of trust on both sides.

Matthew: Lookout for further seasons of Wellington Paranormal: Paul Yates, Jemaine Clement and Taika Waititi’s spinoff of What We Do in the Shadows. Wacky, spooky and hilarious, it’s a riot to be part of. NZ policing at its supernatural best! 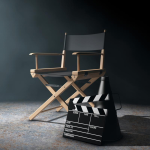 I cover behind the camera artisans, and love to hear about filmmaking magic behind the scenes.

I cover behind the camera artisans, and love to hear about filmmaking magic behind the scenes.