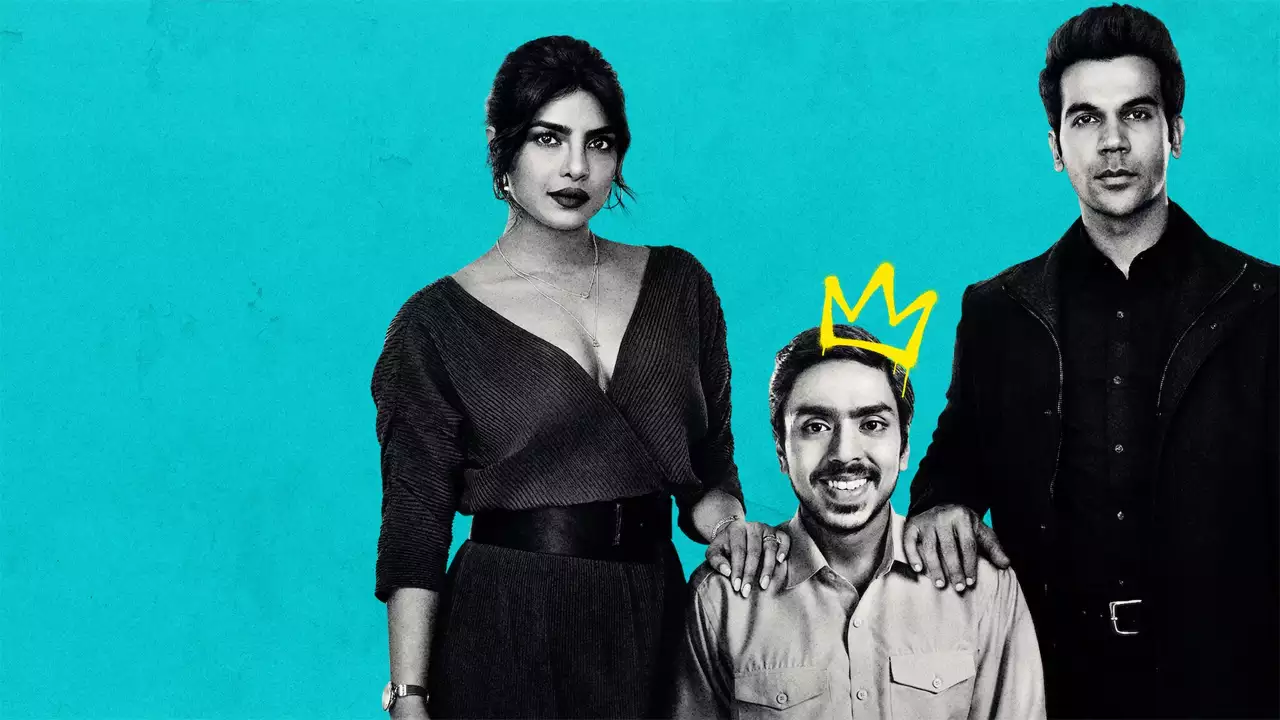 What Movie Only Earned an Adapted Screenplay Oscar Nomination in 2020?

The White Tiger — Written for the screen by Ramin Bahrani

What Is ‘The White Tiger’ About?

Growing up in a rural Indian village, Balram (Adarsh Gourav) always thought he was the “white tiger,” a once in a generation chosen to be special and successful. His dreams of schooling are dashed when his Father cannot pay off the village landlord, the Stork (Mahesh Manjrekar), forcing him to work at the village’s tea shop with his Grandmother (Kamlesh Gill).

Wanting to get out of his hometown and make money, Balram worms his way into the estate of Ashok (Rajkummar Rao), the son of the Stork. Balram becomes Ashok’s chauffeur and develops a friendship with him and his American wife, Pinky (Priyanka Chopra Jonas). While with them, Balram feels that anything is possible and that he might be equal to them. However, society and Ashok’s family continually reminds Balram of his place in the caste system of India. An unexpected incident throws everything into turmoil and provides Balram an opportunity to realize his ambition.

How Did ‘The White Tiger’ Earn Its Adapted Screenplay Nomination?

It really was the power of the Writers Guild. With two high profile disqualifications (Nomadland, The Father), the Adapted Screenplay race was bound to have some unexpected inclusions. Both of the WGA’s bigger swings (Borat Subsequent Moviefilm, The White Tiger) ended up repeating at the Oscars, while more conventional Oscar-fare (Ma Rainey’s Black Bottom, News of the World) fell by the wayside.

Making it into the WGA Awards lineup solidified The White Tiger as a real awards threat and likely moved the film up on many voters’ screener pile. Not only that, missing the WGA Awards killed the chances of critical darlings like First Cow and I’m Thinking of Ending Things, which were really hoping to show up. This made The White Tiger the David among Goliaths, which likely helped it when voting for Oscars.

The momentum for the film continued to grow as more people saw it. Shortly after the WGA Awards, the film earned two BAFTA nominations, including Best Adapted Screenplay. This further crystallized The White Tiger as a film to take seriously in the screenplay race. Getting nominations from two voting bodies with heavy overlap with the writers branch of the Academy was all it took. The White Tiger wound up as 2020’s Lone Screenplay nominee. 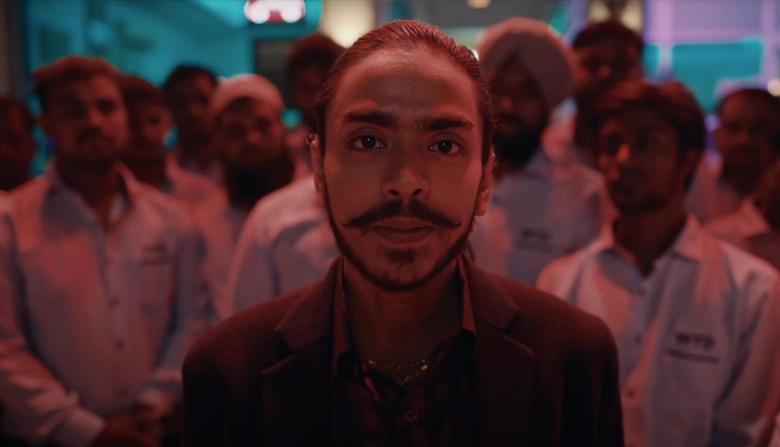 This was likely the only category The White Tiger was showing up in. The film was in jeopardy of getting lost in the glut of Netflix titles they had this year. After the WGA nomination, the film began to gain steam, particularly as other contenders like Ma Rainey’s Black Bottom and News of the World were falling by the wayside.

The one other category The White Tiger saw precursor attention was in Best Actor for Adarsh Gourav. He received nominations from BAFTA, the Indie Spirit Awards and AACTA International Awards. The crowded Best Actor field was always going to be hard to get into. However, had the film had more time to build steam or more attention from Netflix, Gourav could’ve made a play for the final slot. Tahar Rahim came very close to a nomination for The Mauritanian thanks to Globe and BAFTA nominations and a well-timed campaign. Gourav could’ve mounted a similar campaign with more momentum had Netflix not been swamped with competitors. What Movie Will Win The Oscar For Adapted Screenplay?

The favorite in this category is clearly Nomadland. The Best Picture frontrunner is shaping up to win four Oscars come April 25th, though it could conceivably win all six categories it is nominated for. Chloe Zhao’s screenplay nomination is just one of four nominations she received this year for Nomadland. She’s the ninth person ever to earn four nominations in a given year, and the first woman to do so. Much of the narrative around her is in director, where she would be the second woman to win the prize. However, she could easily win in multiple categories, much like Bong Joon-Ho last year.

If there’s any spoiler in the category, it would be fellow Best Picture nominee The Father. With six nominations, the film did much better than expected on Oscar nomination morning. Fans of the film looking to give it a win may look to Screenplay as the place to do it. Christopher Hampton has already won an Oscar (Dangerous Liaisons in 1988) and was previously nominated for Atonement in 2007. Meanwhile, this is Florian Zeller’s first nomination.

In a shocking twist, the WGA went with Borat Subsequent Moviefilm for their prize. Both The Father and Nomadland were not eligible for the prize. However, this illustrates that, if there were a surprise winner, it would not be One Night in Miami or The White Tiger. Due to the raunchy humor and heavily improvised nature of the film, it’s unlikely Borat Subsequent Moviefilm will repeat this win at the Oscars. However, the WGA win shows passion for the film which could translate to a surprising Maria Bakalova win in Best Supporting Actress. 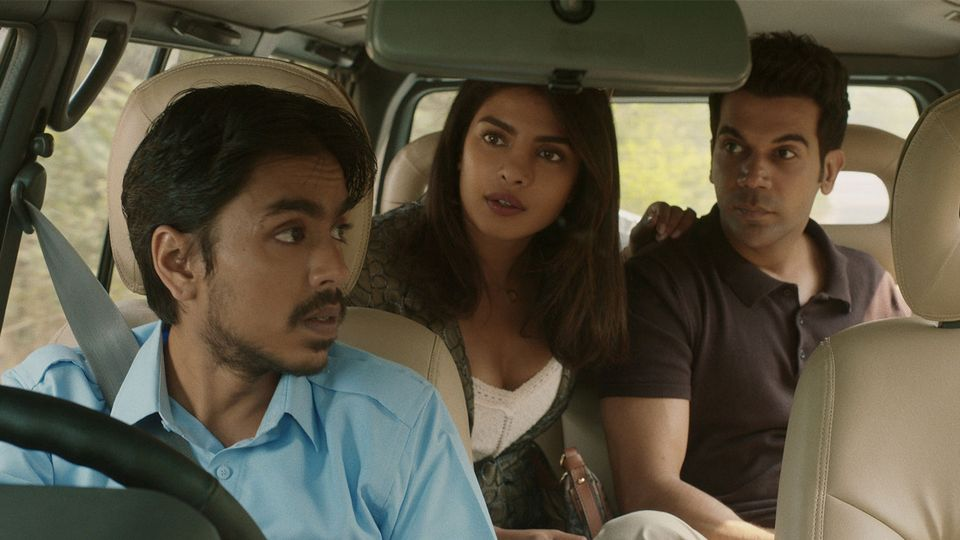 Nomadland will win Best Adapted Screenplay, unless there is more serious traction from The Father or Borat Subsequent Moviefilm.

Still, The White Tiger is a worthy lone screenplay nominee. The film was not flashy enough or marketed aggressively enough to be a major awards contender. Yet, Ramin Bahrani’s script does a great job laying out the beats for a character-centric thriller that could be a major crowd pleaser. Marrying the rags to riches story with Balram’s descent into corruption makes for a satisfying watch. Arvind Adiga’s New York Times bestseller stays intact thanks to the strong adaptation and vision of writer/director Ramin Bahrani.

What are your thoughts on the 2020 Adapted Screenplay race? Let us know in the comments below.