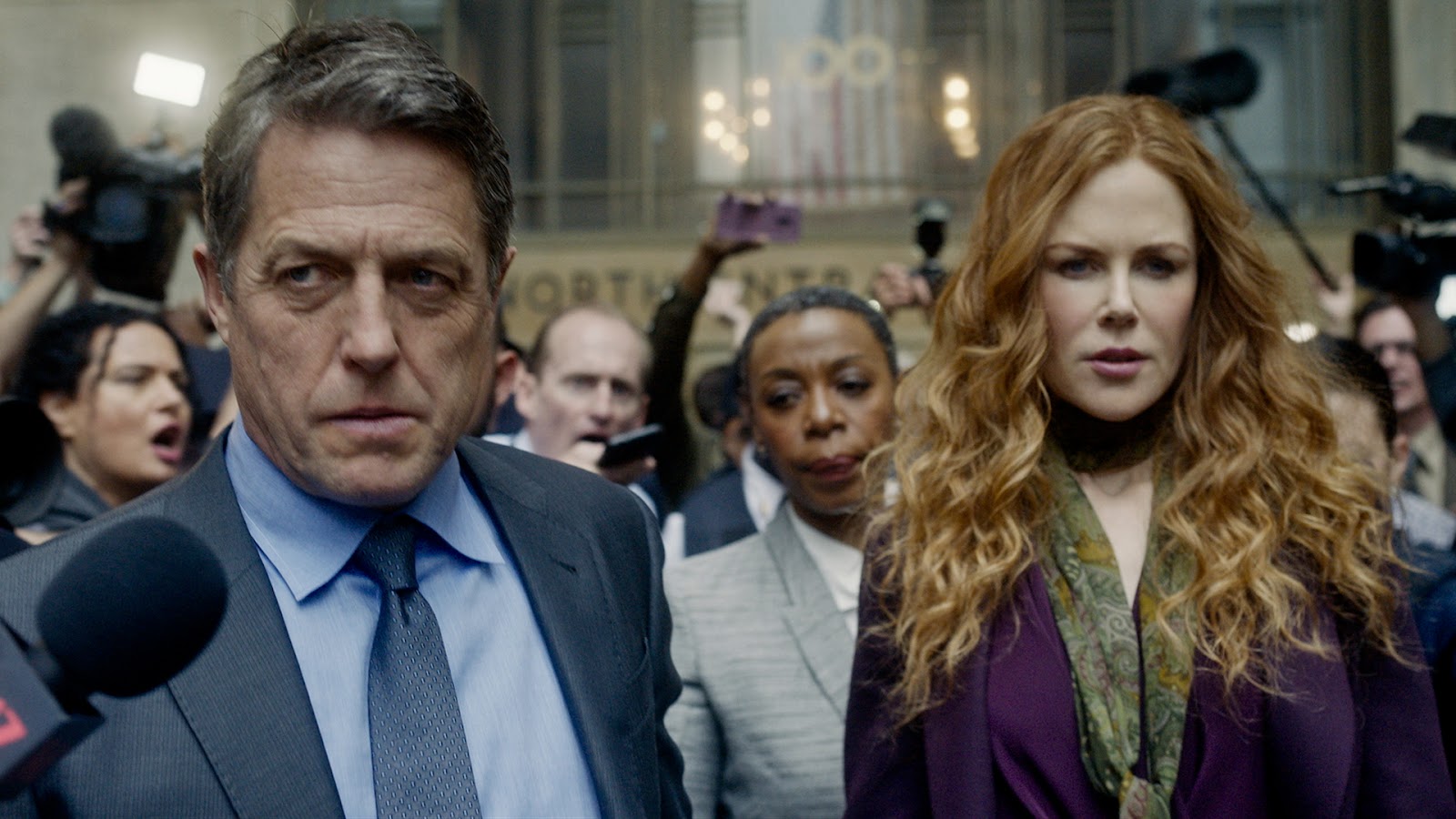 On paper, The Undoing, based on the Jean Hanff Korelitz novel You Should Have Known, has all the makings of a hit. It re-teams Nicole Kidman with her Big Little Lies writer David E. Kelly. Hugh Grant and director Susanna Bier join the project to elevate its level of prestige. Kelly gets to write grand courtroom scenes, something he was the best at doing during his Ally McBeal, L.A. Law, The Practice and Boston Legal days. So why does it all fall so flat? The Undoing is the latest in a line of nondescript HBO thriller/dramas where pretty actors walk in muted grey set-pieces trying to solve a murder. Even with a decidedly A-list cast, there’s very little that separates it from the pack. HBO assembled an A-team, but failed to match them to a project worthy of their talents.

The Fraser family appears to have it all. Jonathan (Hugh Grant) cures cancer in children and Grace (Nicole Kidman) is a high priced therapist with an incredible wig. They live with their violin prodigy son, Henry (Noah Jupe), in a fabulous New York home with a kitchen that seems ghost-designed by Nancy Meyers. Henry attends a prestigious Manhattan academy, where Jonathan and Grace are active parent helpers. Grace works with a gaggle of other Moms on a silent auction committee, raising money for scholarships, so underprivileged students can attend. This is where she meets Elena (Matilda De Angelis), a beautiful young mother who whips out her breast during a PTA meeting before she can even say a line.

Elena appears to Grace a few more times, behaving like a woman with a secret or a haunted spectre. Either way, she’s naked more often than she’s not, and for very little narrative reason. The next morning after the auction, Grace hears that Elena was discovered bludgeoned to death. She tries to get a hold of Jonathan, but he is on a business trip and has left his phone. Suddenly, Grace is alone and being accosted by suspicious detectives (Edgar Ramirez, Michael Devince) who believe Jonathan was the culprit.

This mildly surprising mystery becomes a much less engaging court procedural very quickly. Glacially paced, The Undoing strictly rations out one substantial reveal per episode. However, with one hour episodes (five were reviewed), this leaves room for lots of filler. Sure, it’s filled with Nicole Kidman emoting in fabulous trench coats and billowy red hair. Still, even her 2004 Chanel ad was only two minutes long, not fifty. 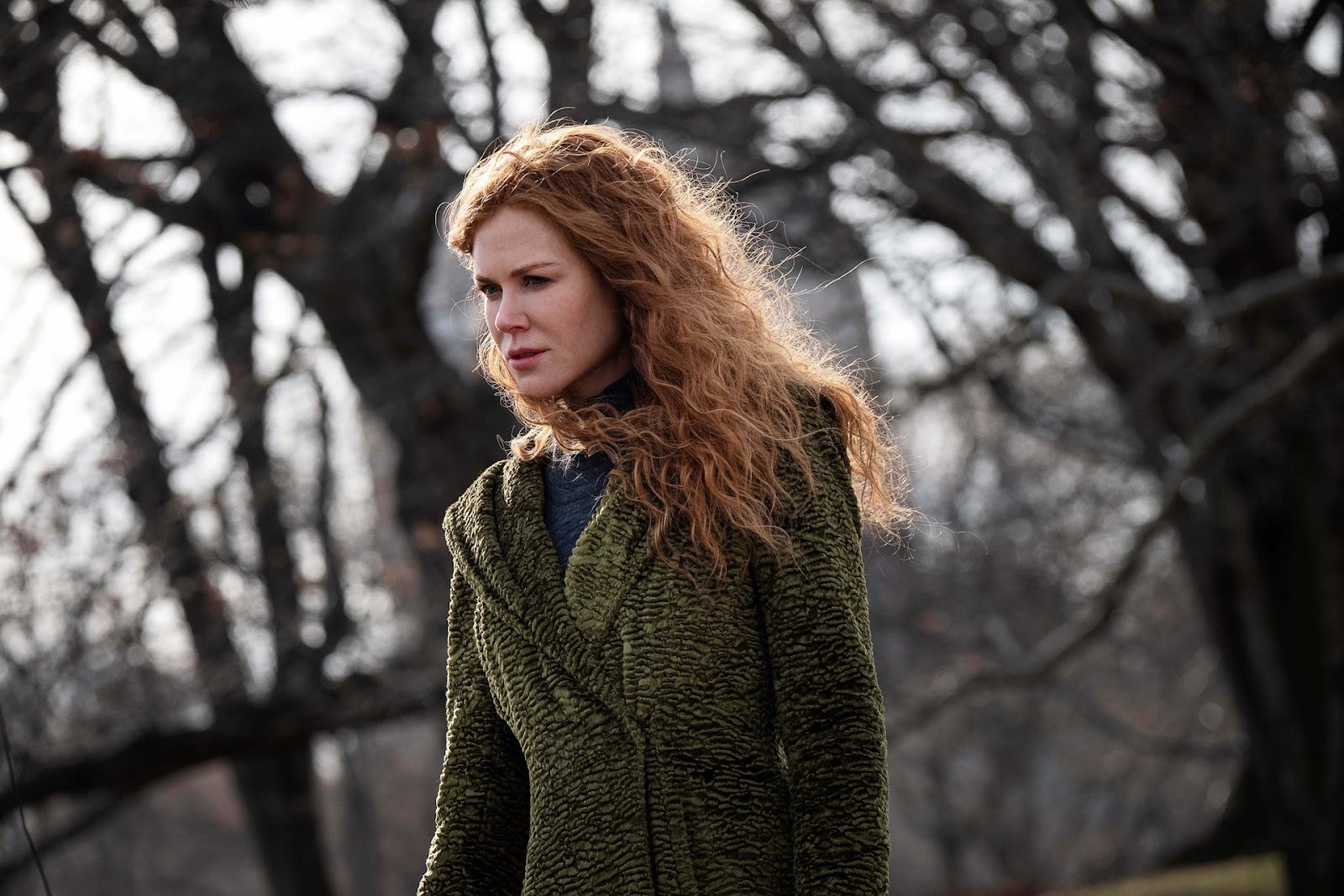 Both A-list leads, Nicole Kidman and Hugh Grant, give the show their all. Yet, neither of their star turns ever seem to be in conversation with the other. Kidman throws herself into Grace’s anxiety and paranoia. There’s never a moment she’s not giving it her all, but in service of what? Her strongest moments come in episode two as Grace is left abandoned by her husband to deal with the mess of Elena’s death. Grace must mourn the death of their perfect life while also taking proactive measures to ensure normalcy for her son. As we’ve seen in movies like Birth, Kidman can do some of her strongest acting opposite no one. Unfortunately, Grace is not developed enough on the page to warrant Kidman’s level of exploration. In fact, her commitment often comes off as strain. She’s looking for some meat to her character, but consistently coming up empty.

Meanwhile, Grant employs his signature charm that made him a romcom mainstay in the 90s and early 2000s. In the pilot episode, Jonathan comes off as a lovely and caring husband. That’s what makes his disappearance such a gut punch, it flies in the face of what we believed to be true about him. The past few years have seen some of Grant’s most varied and challenging performances of his career. A Very British Scandal, Florence Foster Jenkins and Paddington 2 all represented a new career renaissance built on the perfect concoction of charisma and lack of vanity. Against those performances, The Undoing feels decidedly safe. For a character shrouded in mystery, Grant never makes you believe that there’s more than meets the eye.

Underneath the overproduced filmmaking lies a biting satire of white privilege. It’s not lost on the show that the murder victim was part of one of the school’s few underprivileged families. There are frequent conversations that suppose Jonathan’s presumed innocence stems from his whiteness and socioeconomic background. “I have a handsome client, capable of mesmerizing,” says Jonathan’s lawyer, Haley Fitzgerald (Noma Dumezweni). “We will win this. We will get the jury to see in you, what you see in you… what I see in you.” 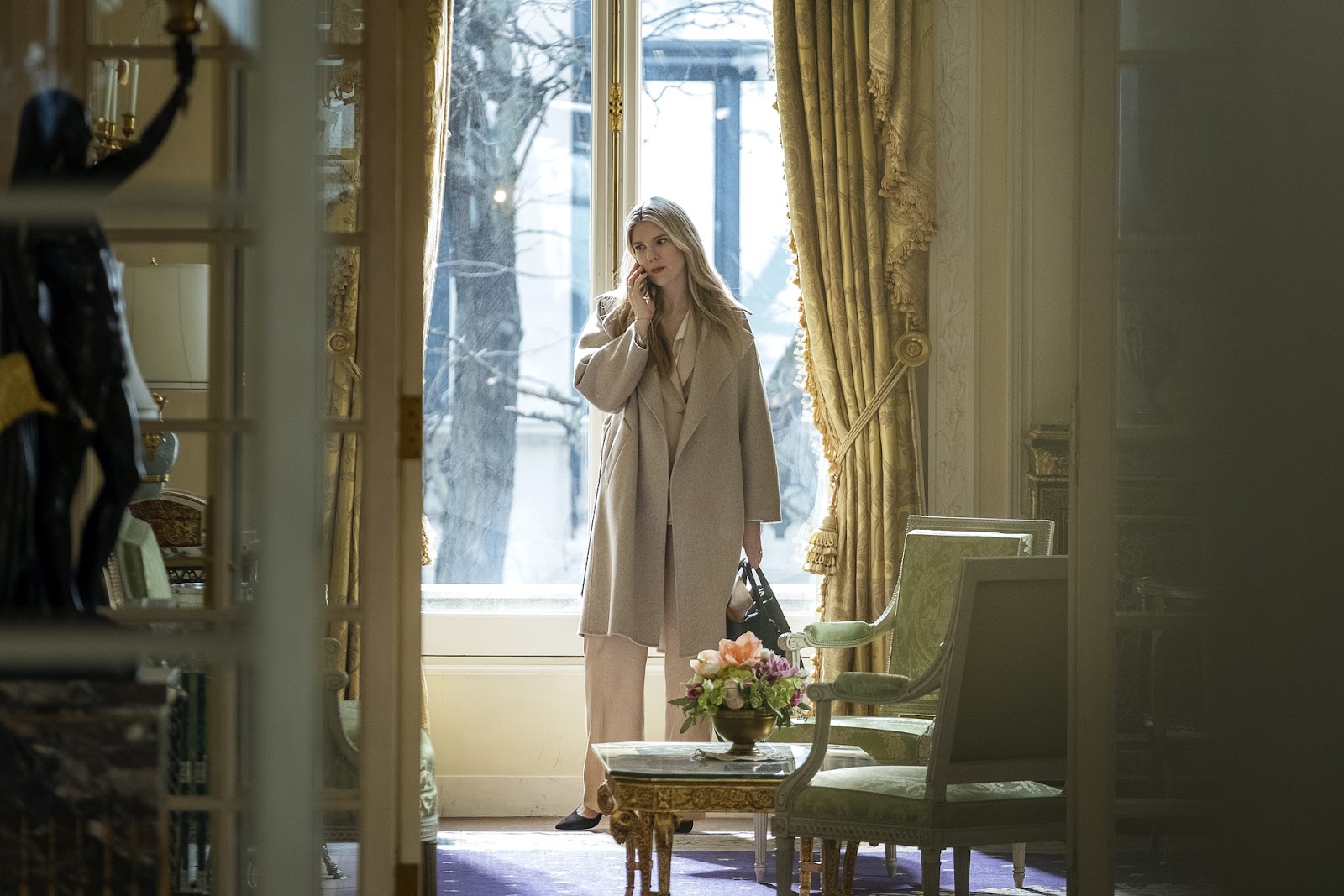 However, paying lip service to this observation isn’t the same as dramatizing and grappling with that fact. One of the weakest parts of the stellar first season of Big Little Lies was the Greek chorus of private school moms. Yet, The Undoing seems much more suited for that storytelling device. This could’ve given Lily Rabe, who plays a fellow Mom on the auction committee and close friend of Grace, much more to do than merely delivering backstory via cellphone. Additionally, in spending so much time with the Fraser’s and their amazing kitchen, The Undoing shortchanges its few POC characters. The surviving members of the Alves family (Ismael Cruz Cordova, Edan Alexander) are only plot devices, potential scapegoats or fodder for reaction shots. None of them, including Elena, receive any characterization.

Director Susanne Bier knows how to make a handsome and sleek thriller for TV. She won an Emmy for The Night Manager, which was a well-made if self-serious BBC/AMC John Le Carré adaptation. The Undoing boasts many gorgeous shots of the establishments of the New York elite. Yet, beauty is no substitute for perspective. There’s no wit or verve behind the images. Our first episode takes place largely at an elementary school fundraiser that’s held in a penthouse that looks more like a wedding reception for the 1%. Rather than skewer it, Bier’s camera seems to marvel at it. The glossy sheen, typical for an HBO drama, is too reverent towards its subjects to effectively interrogate them. Succession, which also centers around a family with gross displays of elitism, does a much better job at making the opulent seem obscene. 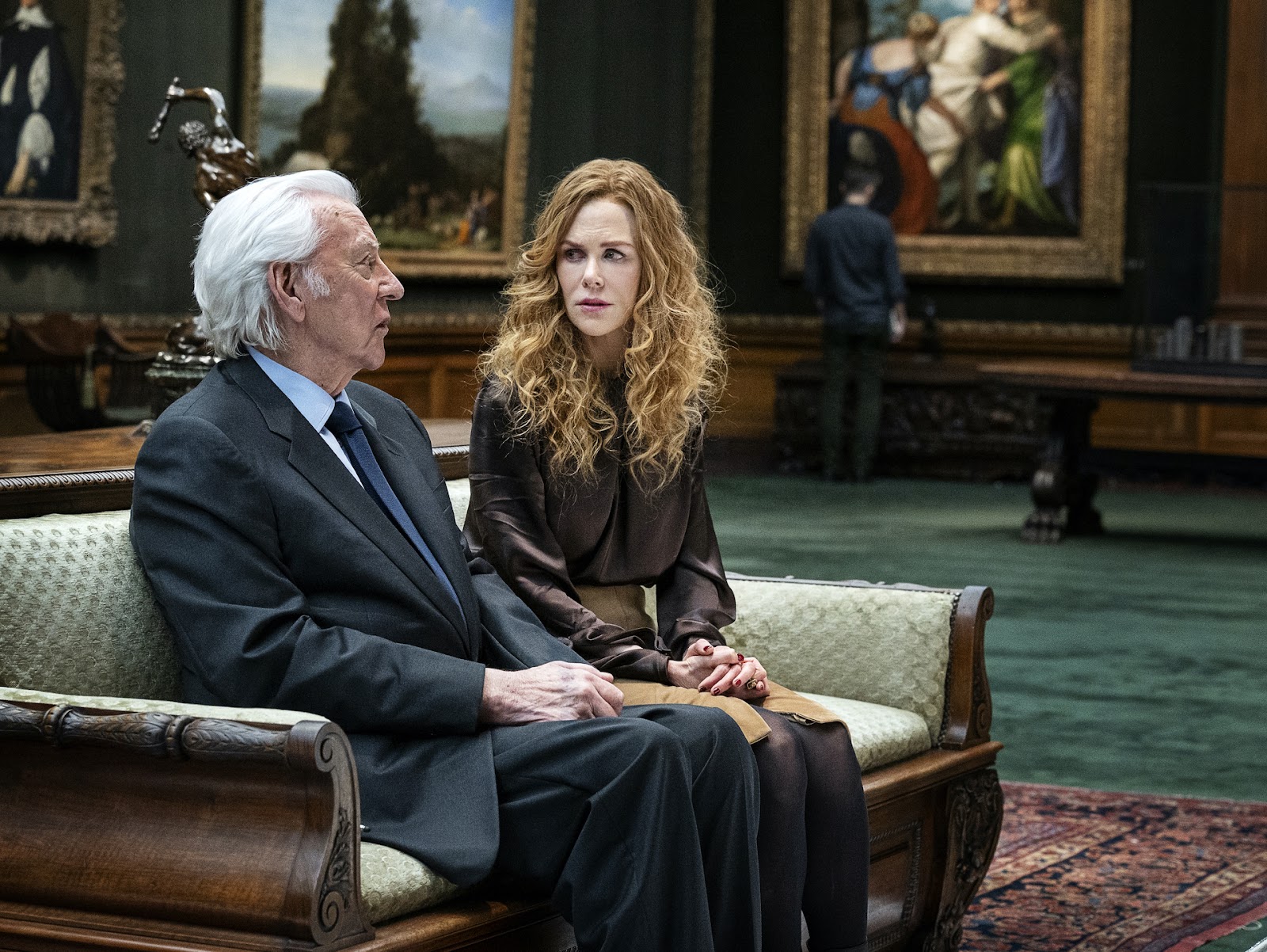 The Undoing is too toothless to be gripping and too basic to be exciting. Perhaps we need to abandon this desire to be “prestige TV.” The best and most exciting TV shows are ambitiously defying the TV conventions set by the “prestige TV” boom. The era of Mad Men and Breaking Bad is over. Shows like Pen-15, I May Destroy You, Euphoria and P-Valley are paving a new vision for TV. Well-made, stodgy court procedurals need not apply.

“The Undoing” airs on HBO on Sunday, October 25th at 9pm. New episodes will air weekly on HBO. The limited series will air on HBO and be available to stream on HBO Max.