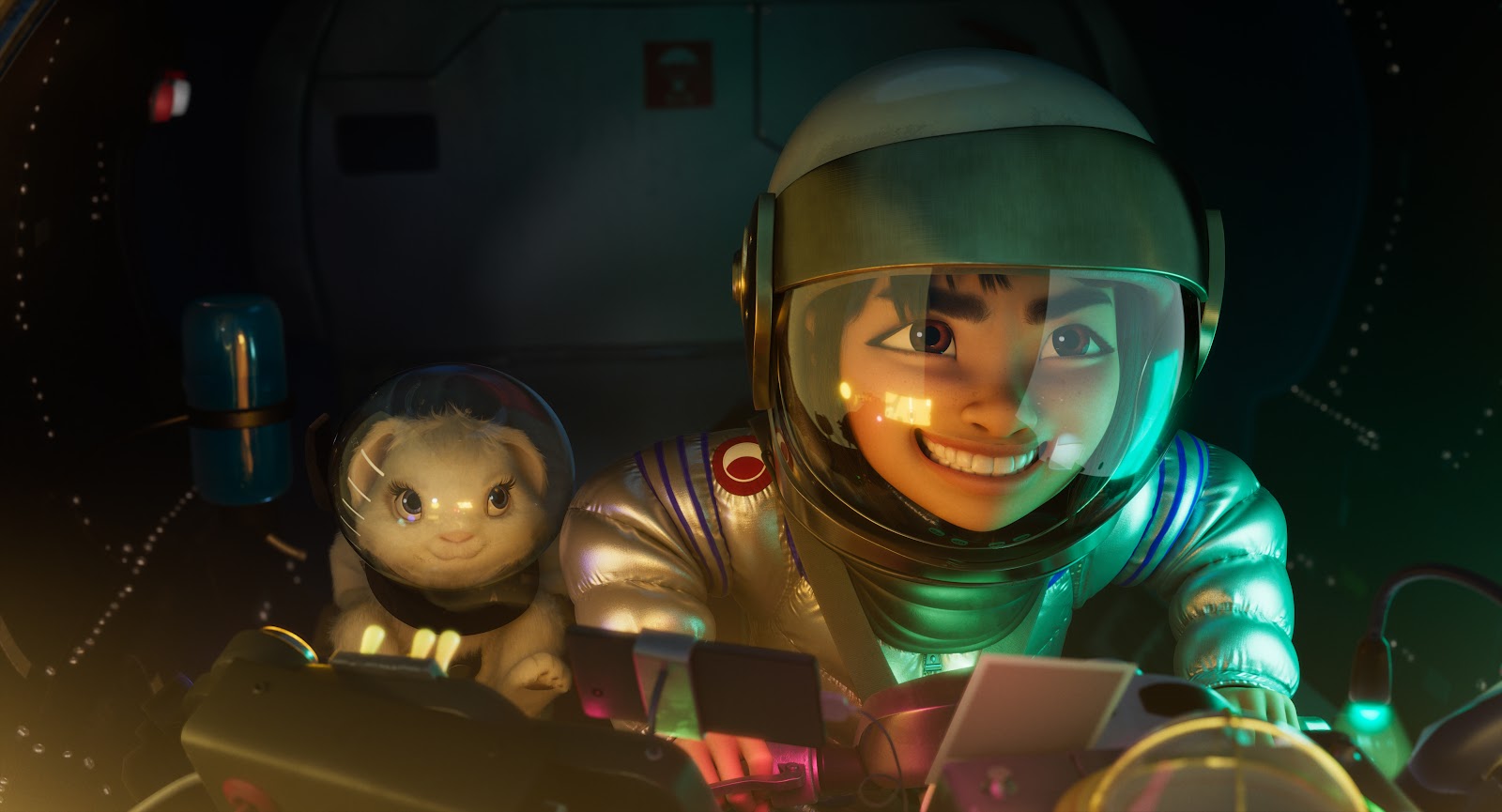 Though the Netflix credits may start the film, one could easily mistake Over the Moon for a Disney film. Start with a heartwarming turned tear jerking opening. Follow that up with a grand adventure to a faraway kingdom. Throw in some songs and some adorable sidekicks and you have yourself a classic Disney narrative. Thankfully, Over the Moon feels anything but expected. Legendary animator Glen Keane’s first film as director has ambitions as big as its heart. In the process, it may announce Netflix as a new animation powerhouse to look out for.

Fei Fei (Cathy Ang) is a wonderfully talented child who loves math, science and cooking with her mother (Ruthie Ann Miles). After her mother’s passing, Fei Fei focuses all her energy into the family’s mooncake shop. She keeps her mother’s memory alive through the stories she would tell of the legendary moon goddess Chang’e (Phillipa Soo). After her father (John Cho) starts dating Mrs. Zhong (Sandra Oh), Fei Fei rebels and sets her sights to the moon. She uses her brilliant skills to build a fully functioning rocket-ship to the moon to prove the existence of the Moon Goddess Chang’e to her father and Mrs. Zhong. What she doesn’t account for is a stowaway in the form of Mrs. Zhong’s son, Chin (Robert G. Chiu). 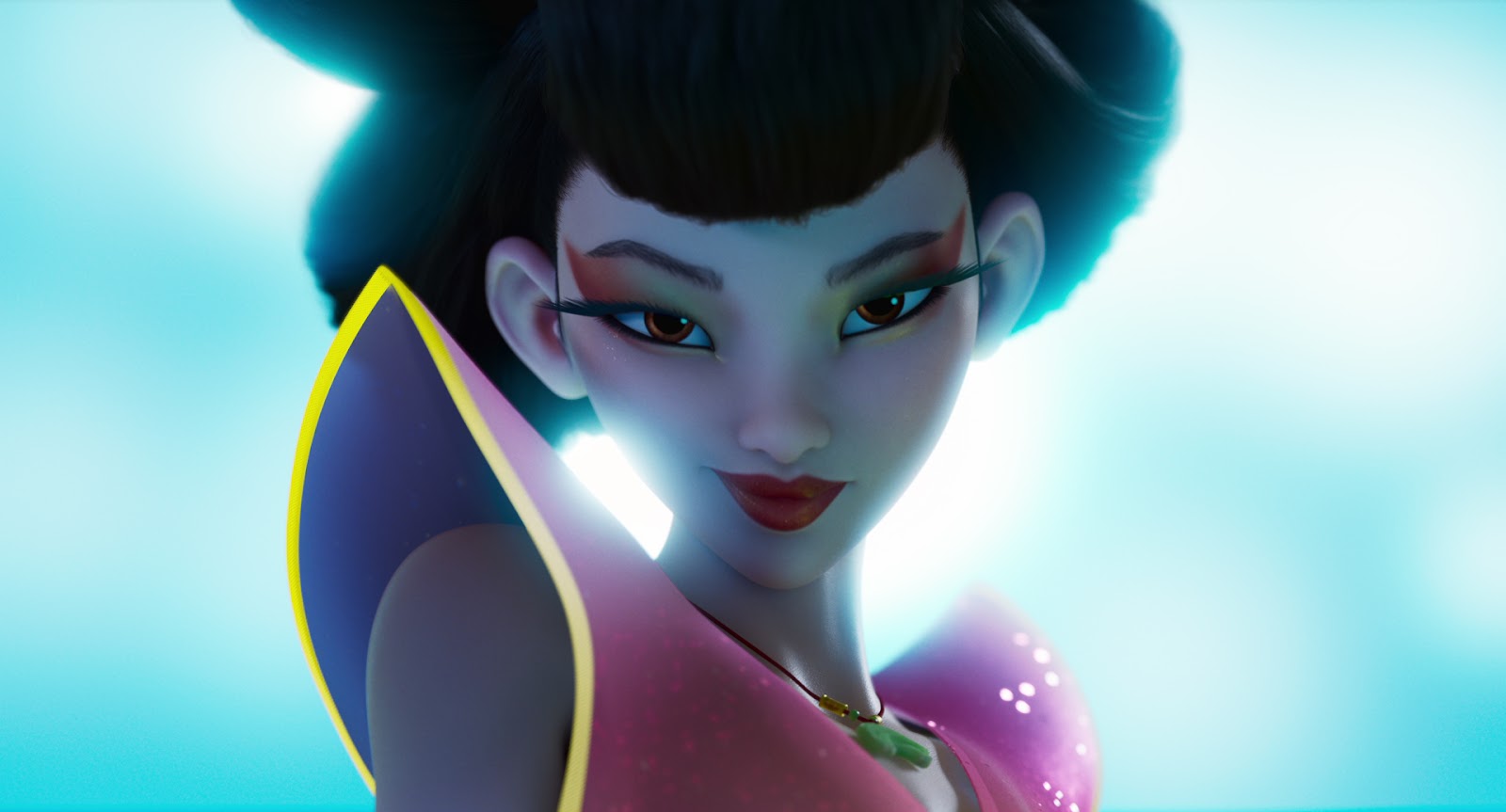 Over the Moon jumps to life once we get to the moon. The world is filled with so many fantastical elements that light up the screen. We also meet Gobi (Ken Jeong), a spirited Lunarian who joins Fei Fei on her quest. Still, in a movie filled with wonderful characters, Phillipa Soo’s Chang’e stands above the pack (and not just physically). From her pop-star-like entrance to her many colorful costumes, Chang’e lives up to the stories told about her and more. Soo gives an enthusiastic vocal performance that makes her a fun foil to Fei Fei’s unwavering optimism. One of the funniest and most visually inventive sequences involves Chang’e in an intergalactic ping pong match with Chin. The two spar back and forth in a hilarious song called “Hey Boy,” which combines almost rap-like delivery with the film’s Broadway music sensibility.

The music ultimately keeps Over the Moon fresh and buoyant. Perhaps just two songs short of a full movie musical, the film uses music to bridge acts, introduce characters and keep things moving at a brisk pace. Even more challenging, every song feels distinct. “Rocket to the Moon” will be a surefire Original Song contender at the Oscars. As Fei Fei traverses from Earth to the Moon, she launches into a beautiful version of a traditional “I wish” song. It allows her to voice her dreams, fears and grief over her Mom’s passing. Still, it never loses its pop appeal or energy. It’s destined to become a hit. Similarly, “Ultraluminary,” the entrance song for Chang’e, could easily find its way into a Soulcycle routine. The catchy beat pairs well with Soo’s incredible voice to create a catchy earworm. 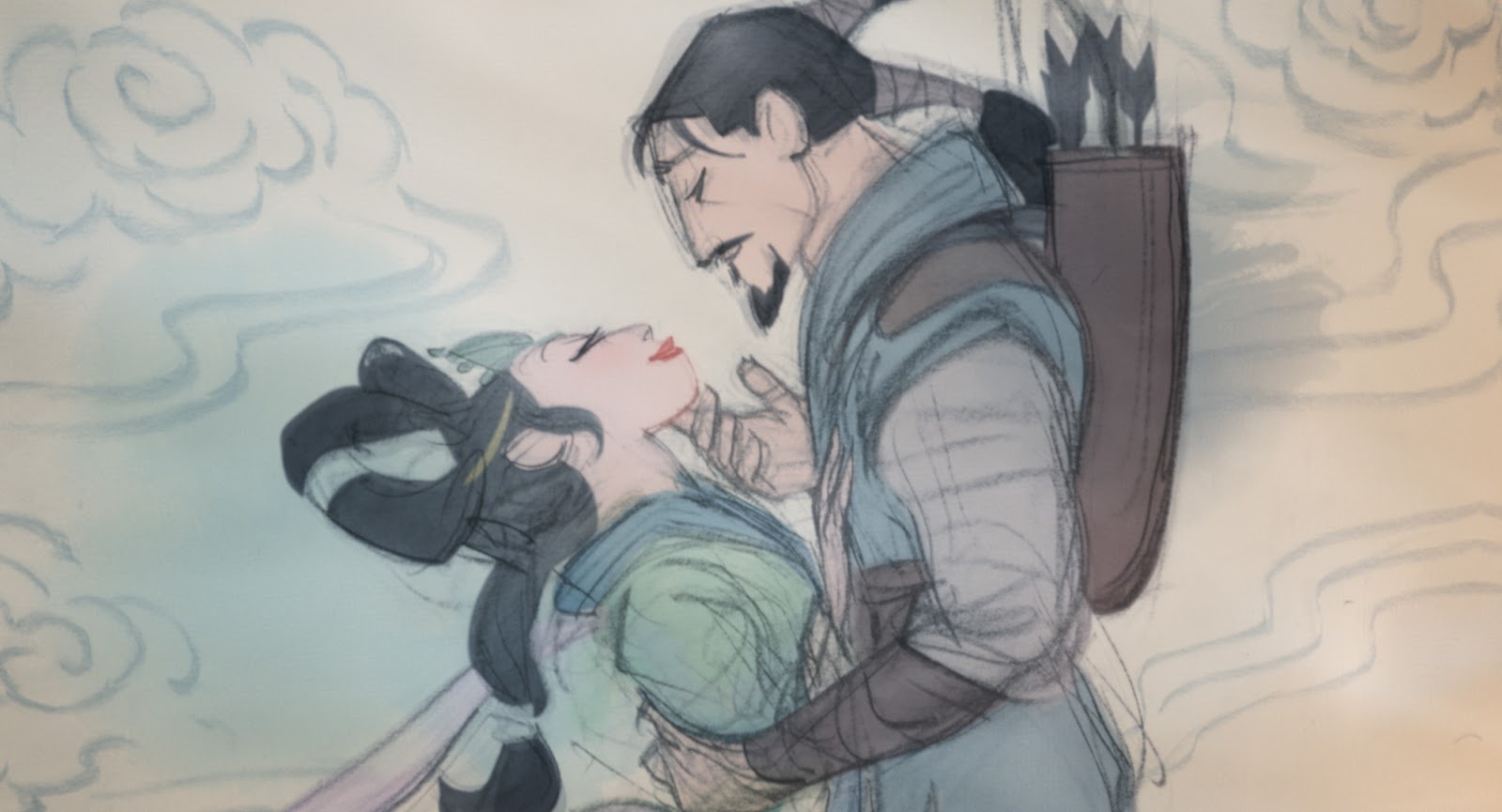 Famous for his work on The Little Mermaid and Beauty and the Beast, director Glen Keane amazes with 3D animation here. The moon is bright, colorful and often absurd. Especially early on, the film also plays with different visual stylings. The opening features a dog jumping out of the moon that echoes shots from Diamantino, perhaps one of the most unlikely visual companions possible. While Fei Fei’s mother tells the story of Chang’e, the animation switches to gorgeous 2D animation. There are lots of animation mediums present, making Over the Moon a feast for animation lovers.

It’s hard not to be swept away by Over the Moon’s charms and beauty. The script by the late Audrey Wells (The Hate U Give, Under the Tuscan Sun) draws one in with the sweet family story and then soars once Fei Fei blasts off to the moon. In particular, Fei Fei makes for a fantastic protagonist. She uses her brain and determination to build a rocket ship to the moon, proving there is no limit to her ingenuity. However, she also gets plenty of moments to examine and process the grief she’s experiencing after her mother’s death. Additionally, the movie does a great job of taking a Chinese legend (that of the moon goddess) and broadening it to be about a Chinese family unit in transition. There are so many wonderful details throughout that make Over the Moon a welcome departure from some of the more homogenized animated stories we’ve seen in the past. 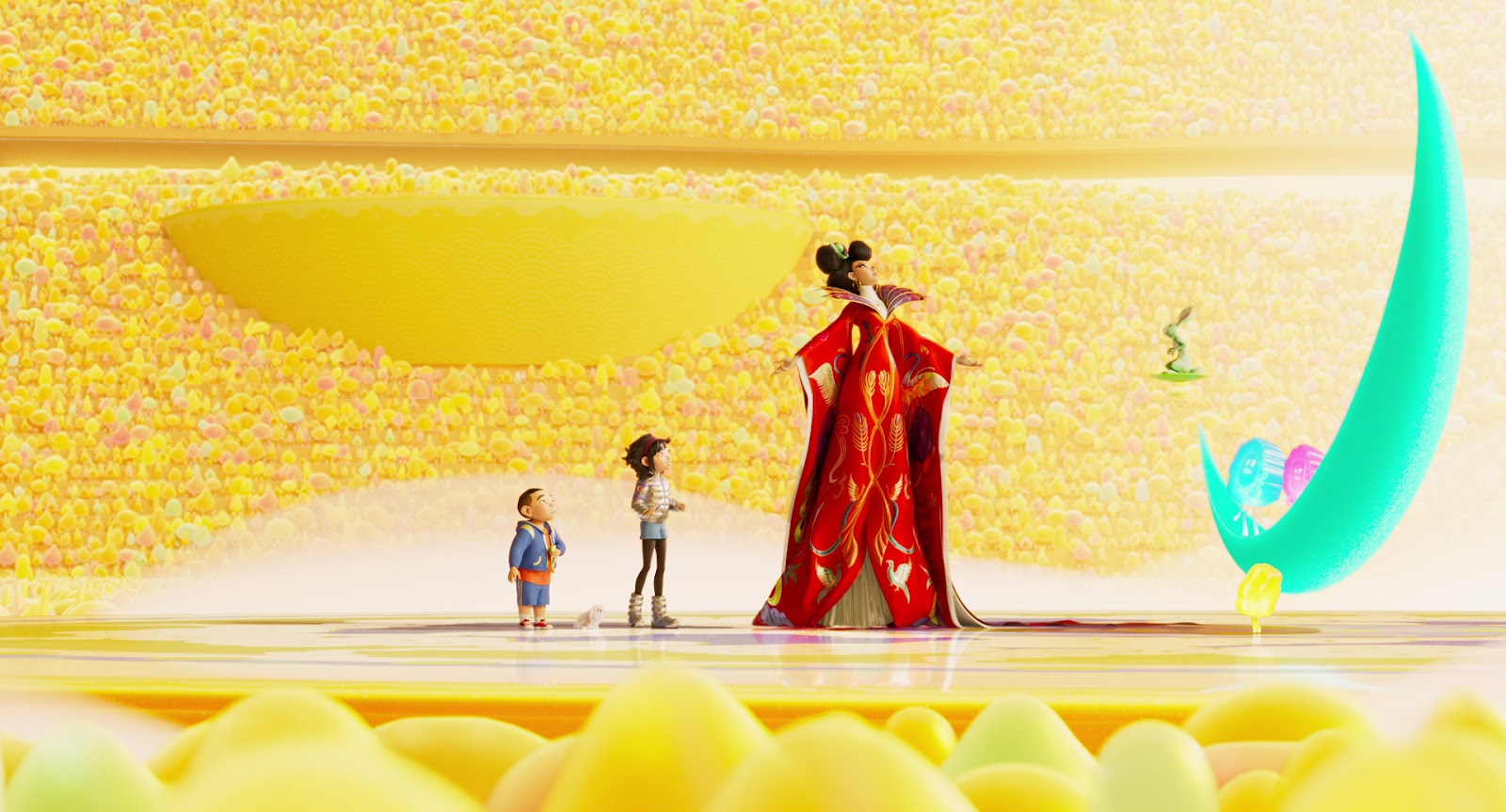 Over the Moon premieres on Netflix on October 23rd.