Few things give us more thrills than seeing Oscar winning actresses yell family secrets at a dinner table. No boxing match could ever compare to a perfectly placed wine sip, a callous side eye or a cutting toast. Blackbird gives stars Susan Sarandon and Kate Winslet (both Oscar winners from decades past) plenty of scenes to share. However, the dour dramedy only crackles every few moments. There’s a lot to latch onto initially in the film, which features a very strong ensemble that includes Rainn Wilson, Lindsay Duncan and Mia Wasikowska, among others. Yet, like an ill-mannered houseguest, it soon wears out its welcome.

Lily (Susan Sarandon) wants to die. ALS is about to get the better of her and soon she won’t be able to breathe or move on her own anymore. She instructs her family to come visit her for one final weekend that will end with her taking her own life. Since this form of assisted suicide is illegal, Lily’s husband, Paul (Sam Neill) has taken control of the planning so the family can say goodbye and wipe their hands clean of the incident. Her daughter, Jennifer (Kate Winslet), and son-in-law, Michael (Rainn Wilson), are on board with the plan. However, Jennifer’s temperamental daughter, Anna (Mia Wasikowska), has her own plans for how she can hold onto her Grandma for just a little bit longer. 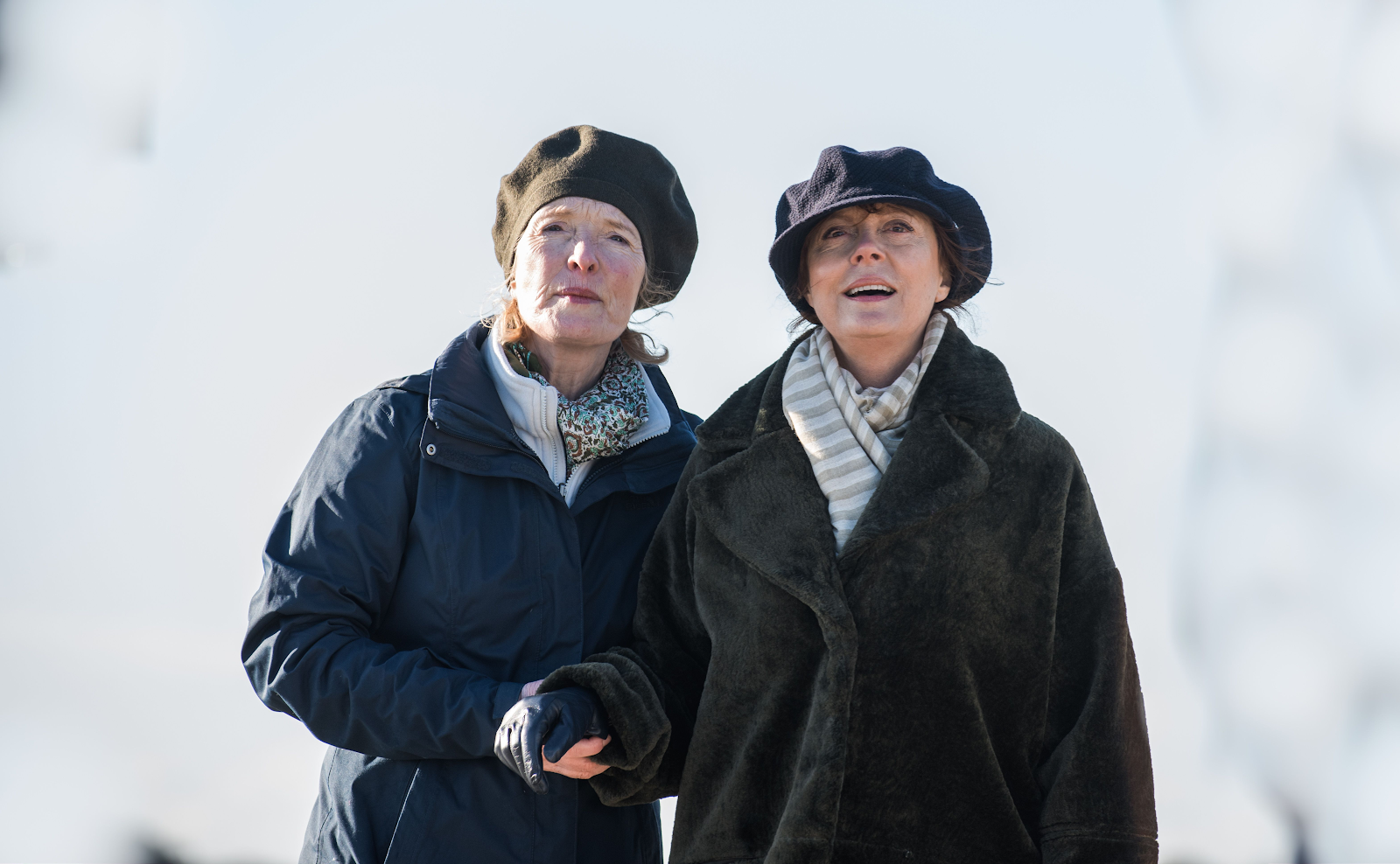 The family affair expands further to include Lily’s best friend, Liz (Lindsay Duncan), who delivers the best performance of the film. She’s always been Lily’s confidant throughout their wild youth and waning older years. Duncan sells the history she has with both Liz and Paul, not just in the dialogue, but in the inside jokes and fleeting glances that only come with decades of lived in history. If anything, their relationship almost felt like a septuagenarian version of Miss You Already, an underrated cancer drama with Drew Barrymore and Toni Collette.

In center stage, Susan Sarandon commands the screen. She reminds audiences that no one can compete with her gravely, yet seductive, line readings. More so than anything, she gives texture to Lily’s life, making it all the harder to let her go. You believe in the life she has led because Sarandon sells you on the details of that life. 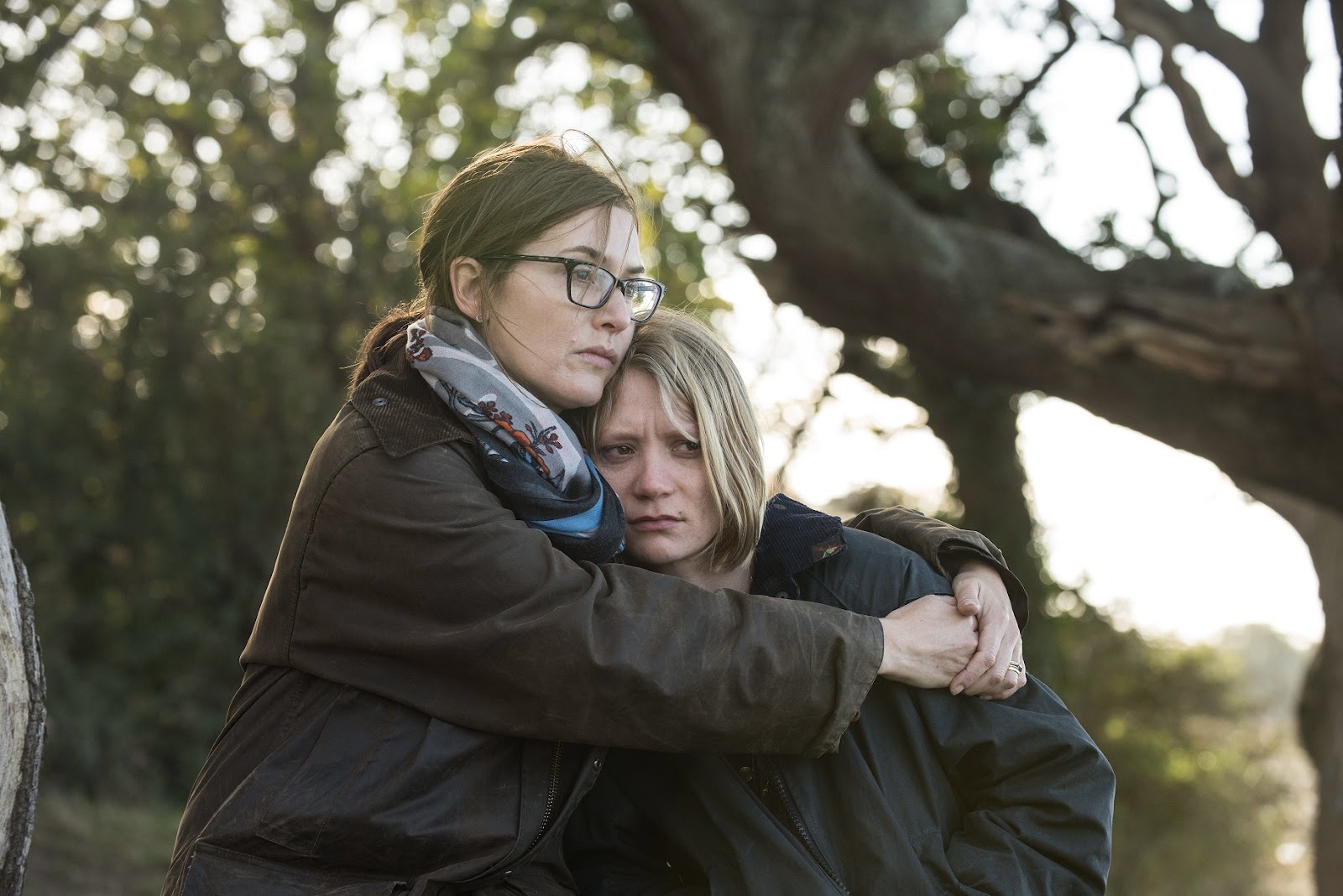 If only the younger members of the cast and the writing were up to par. It’s upsetting to not love a Kate Winslet performance. However, as both the glue of the family and an instigator, Winslet only seems to play the text. She never understands her character on a deeper level. It almost feels like her and Lily are meeting for the first time, rather than a somewhat close mother-daughter pair. Her move from “uptight Mom” to a crucial source of conflict later in the movie never feels earned.

On the opposite end, Mia Wasikowska gives the role her all, but is sabotaged by Christian Torpe’s script. She enters the film with her partner, Chris (Bex Taylor-Klaus) in tow. At breakneck speed, we learn that the two have been on again off again for quite some time and that Anna suffers from mental health issues. Perhaps that is supposed to explain her often erratic behavior. Yet, the movie doesn’t often think through her motivation so clearly. Thus, her role as a wrench in Lily’s live never feel fully formed and come off as forced by a heavy handed script.

Director Roger Michell (Notting Hill) demonstrates an acute visual eye and knack for staging his large cast of actors. As the visitors continue to trickle into the house, we hear the breaking of a glass. The camera moves rather gracefully through the family members and focuses, revealing Lily’s grasp had let the glass sip. Lily knows it’s a sign the disease is making quick work of her. Sarandon decides to smile and toss off a bon mot. “Well, you know it’s time when you have to start drinking your Chablis from a plastic cup.” We gather so much about the characters and the stakes in these early moments.

What starts out as a sly and effective family drama becomes overplayed by the end. Why bother establishing vivid characters if you’re going to trap them in conventional conflicts midway through. Still, for fans of family dramas and the cast, Sarandon and Duncan in particular, Blackbird makes for a compelling afternoon watch.

After watching her get painfully little to work with in The Devil All the Time, I got really excited for a second when I read that Mia Wasikowska gets to play someone who is both temperamental and has secret motivations. But then I got to the 3rd paragraph from the bottom, and now I’m starting to think this hasn’t been her best week…

For what it’s worth…Chris actually liked this one more than I did.

Hey Ryan! I think Mia Wasikowska is a great actress and has many fantastic performances across different genres. I don’t know what’s happened to such a bright talent, but this is far from her finest hour. Hopefully she finds another vehicle worthy of her considerable talents.